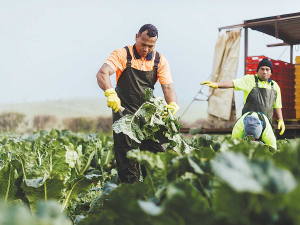 Hort NZ chair Barry O'Neil says there is no need to reinvent the wheel when it comes to regulatory requirements of an emissions reduction scheme.

Hort NZ chair Barry O'Neil says the issue is much simpler for growers because they don't have to worry about methane - only nitrous oxide, which comes from fertiliser. He says growers can understand why pastoral farmers favour a pricing mechanism based at the farm level.

"What we really want as growers is a low-cost emissions administration system," he told Hort News.

"We don't want to have to fund significant administration costs because we are just simple users of fertilisers. There were some ridiculous figures bandied around, ranging $60 million to $100 million to administer it," O'Neil explains.

"That is just crazy. We believe that our farm assurance plans, which we already have in place, such a NZGAP, should be the vehiclue used to meet this requirementand other regulatory requirements. There is no need to reinvent the wheel."

O'Neil wants the horticulture sector to focus on those really big issues that are needed for future success - such as climate change. He says with more floods and droughts occurring on a more regular basis, there needs to be a focus on things such as water storage and resilience and covered crop growing to mitigate risk.

"I think we are getting dragged down and spending time on issues that I don't see are as important for the future benefit and success of our future," he says.

The first finalist for the national Young Grower of the Year competition has been crowned.

Horticulture NZ says 2022 is presenting more challenges than ever before.