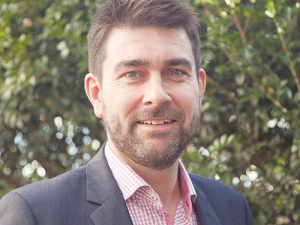 In an industry report titled ‘The Australian dairy supply chain: the great reset’, Harvey says unprecedented change is underway in southern Australia in the way milk is procured, priced and processed.

Changes caused by major events have caused tension right along the dairy supply chain, he says.

The report says three events have driven this change: a drop in national milk production to a 20-year low, internal challenges facing Australia’s largest dairy cooperative and a ‘reset’ in farmgate milk prices to better align them with global markets.

“To have so many changes in such a short time is unprecedented and there is no doubt Australia’s dairy supply chain will emerge from all this looking vastly different -- almost unrecognisable,” says Harvey.

While this change is leading to short-term uncertainty and perhaps to business disruption for dairy farmers, Harvey says, it will present opportunities for some dairy farm businesses, especially freedom to choose to supply new markets and more lucrative supply contracts.

However, the report cautions, farmers need to weigh the opportunities and risks before they act.

The report says the fall in milk production, and the anticipated slow rebuild, will have processors competing fiercely for supply, so changing the way milk is procured in Australia’s southern dairy region.

“Milk supply is down in all dairy regions to its lowest level in two decades; northern Victoria has experienced the biggest drop, accounting for 50% of the decline,” Harvey says.

Rabobank is forecasting a small bounce -- about 2.5% -- in Australian milk supply in the 2017-18 season. And in the medium term, milk supply is expected to grow by a modest 1.8% per annum.

“Based on this forecast, and assuming no major market or atypical climate disruptions, national milk production is not expected to exceed the 10 billion litre mark again until 2020-21,” he says.

“We are also seeing a breakdown in farmers’ loyalty to processors: farmers are more willing to move processors, causing repercussions in the supply chain.”

Who will set the price?

Australia's largest processor, Murray Goulburn, has faced the biggest contraction in milk supply, challenging its role as the leader in price discovery and benchmarking in southern Australia.

“While Murray Goulburn is on a journey to turn around its business – and a successful turn-around could see the return of ‘cooperative principles’ as the benchmark for setting milk prices – this is years away and a new method of price discovery will need to emerge,” says Michael Harvey.

This is an issue for the entire dairy industry because if Murray Goulburn isn’t setting the price, who is?

“It is important the industry establishes and knows who is setting the benchmark milk price, as dairy farmers will now be operating in a more commercially oriented and flexible market for their milk,” he says.