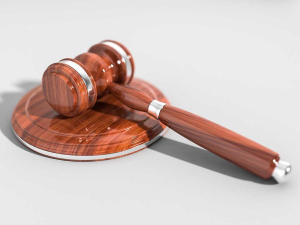 Three individuals have also been sentenced under a raft of charges related to the mislabelling, then falsifying records to cover it up.

The court noted that the scale of the fine reflects the culpability of the offending and provides a deterrent effect.

Berry was sentenced to 10 months and 2 weeks' home detention and ordered to pay reparation of $25,000.

Moore was sentenced to 2 months and 2 weeks' home detention and ordered to pay reparation of $20,000.

"This investigation began in earnest in 2014 when MPI inspectors visited Southern Boundary Wines' facility and found a rubbish sack of winemaking records.

"By meticulously piecing together these records, as well as other documents and evidence, we were able to build a picture of offending which eventually led to a series of convictions and today's sentencing,” says Orr.

"The rules are there to protect consumers at home and abroad so that they can be sure they are getting what they pay for. Any offending which tries to profit from getting around these rules is extremely disappointing.

"New Zealand's wine industry has a well-earned reputation with importing countries because of the quality and integrity of its products.

"We need to keep it this way, and this prosecution sends a strong message that MPI will pursue this kind of offending, and where we have evidence, place it before the courts.

"This matter was first brought to our attention by a now-former employee of Southern Boundary Wines. I'd like to acknowledge that person's courage to come forward and expose significant offending.

The recent period has been dominated by a major health and safety concern – the Covid- 19 pandemic.