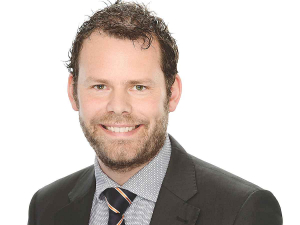 Speaking on a recently released RaboResearch podcast, he says NZ’s venison producers have enjoyed a good run in recent seasons with the industry benefitting from healthy export sales into both established and new venison markets.

“In the last five years we’ve seen significant export growth in the US – due in part to increased demand for venison as a component in pet food – while we’ve also seen strong sales in long-standing European markets such as Germany and Belgium.”

Holgate says venison prices reached a historical peak of $11.50/kg in 2018 and, while prices had drifted lower in 2019, the industry was in a healthy position moving into 2020.

However, he adds that the impacts of the coronavirus on the global food service sector had significantly affected venison demand.

“As a high-end product, venison demand is heavily linked to the food service industry. With this industry currently closed or operating at significantly reduced capacity in virtually all key markets across the globe, venison sales have been hit hard.”

Holgate says importers in key markets across North America, Europe and Asia are reporting a significant decline in demand from end-users for venison products and this has resulted in a many importers cancelling or delaying their own incoming orders for venison.

Venison exporters were also running into additional challenges over and above lower food service demand in the Chinese market.

“With the initial outbreak of Covid-19 thought to be linked to a Wuhan wet market, the Chinese government declared a ban on consumption of wild animals in January and this originally included deer products,” he explained. “Fortunately, since then many deer species have been re-classified as “special livestock”, exempting them from the ban.”

However, Holgate adds that there are still concerns that confusion about the status of deer products under the ban could cause some disruption once the product arrives in China.

He says the fall in global demand for venison had quickly translated into lower New Zealand venison exports.

“Export volumes for the month of March 2020 were down 30% on last year, with the United States the most affected market, dropping by 55% on the same month in 2019.

“Prices for New Zealand venison have also fallen with the current stag price sitting at $7 per kilo, 20% back on the same month in 2019.”

Holgate says the challenges for the deer industry stemming from Covid-19 would evolve as the year progressed.

“With the probability of a global recession, the magnitude of the fall in consumer spending and the speed and extent of recovery will be very important for NZ venison producers.”

NZ’s deer industry lobby concedes that venison sales have been particularly hard-hit by restaurant doors slamming shut around the globe due to Covid-19.

However, marketers of New Zealand farm-raised venison are pushing to build sales through on-line outlets and through gourmet retailers
Deer Industry NZ (DINZ) chief executive Innes Moffat says Covid-related restaurant shut-downs created a crisis for their food service suppliers and the farmers that supply them.

They are now putting a lot of energy into generating more sales through these channels, while looking out for the green shoots of recovery in food service.”

Moffat says venison is still selling through food service in those markets where restaurants have remained open, or which are now reopening.

But volumes are much reduced and few forward sales have been made for the northern hemisphere winter game season, which is when venison demand and prices normally peak.
“In response, processors have reduced the schedule prices they offer farmers for their deer.”

Moffat cautions that on-line and retail are not quick fixes.

“We expect the next 12-18 months will be difficult for everyone in the food service supply chain – diners, restaurants, food service operators and the farmers who supply them.”