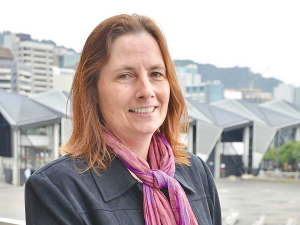 Milne, the first woman to head Feds, says instead of trying to help the farming sector, it feels at times the Wellington bureaucrats are trying to strangle it.

She says the one thing that has blown her away in her three years as president of Feds is the lack of knowledge and understanding of farming by policy makers in Wellington.

“There are some officials that get it, there are some that get parts of it, but it seems to me that a lot of assumptions about agriculture are made by people who don’t understand the nuances of food production.

“Producing food consistently is actually quite difficult and it is so important to have farming voices in Wellington around these decision makers,” she says.

Milne says the decisions that policy makers come up with dramatically affect farmers’ lives. She says the bad decisions are not deliberate, but come as result of fewer New Zealanders having connections to farms.

She says if people Google an issue, quite often the answer they get will have no relevance to NZ whatsoever. Milne says farming is complex and the aspirations and goals of farmers are different.

Coming up with a policy solution is not easy, but she says the solution must be relevant to the NZ situation.

“It is said that we need all of NZ’s economic champions to be firing, so why nobble them – especially agriculture,” she says.