Get on with TB fight 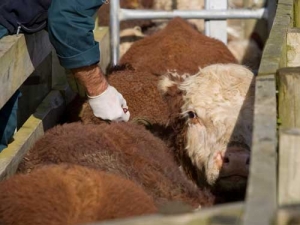 UK farmers are urging their Government to implement its 25-year TB eradication strategy immediately and in full to ensure farmer support for it remains strong.

NFU president Meurig Raymond says farmers support the strategy but are frustrated at the lack of action to introduce its various elements.

Raymond says different elements of the strategy are urgently needed in different parts of the country and needed to be introduced as a matter of urgency.

“We need appropriate and proportionate measures to keep the disease out of the low risk area of England.

“We need more targeted measures to stop the spread in the edge area (between the high and low risk areas). In particular we need better information on the local infection rate in wildlife in this area.

“And we need further pilot culls in the high risk area. Farmers are committed to playing their part in this but need to see that commitment reciprocated by the Government.”

However, it states that care needs to be taken not to read too much into short term figures, especially as this figure includes a number of unclassified incidents.