Will battery power save the world? 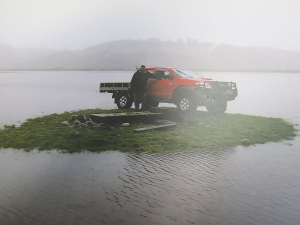 Will the Government's push to EVs leave farmers and other rural users high and dry without realistic alternatives?

Alternatively powered vehicles, be they cars, utes or even tractors, never seem to be far from the news.

On paper, the need to switch from internal combustion engines (ICE) to alternatives such as electric seems to be very straightforward – given that ICEs contribute to climate change and fossil fuels are running out.

So, is going electric as simple as it sounds?

The use of oil seems to be causing concern and anxiety to many. However, does this concern need to be applied on other resources, with the increasing popularity of electric or hybrid vehicles – namely cobalt and lithium?

Both elements play an important part in the electric revolution, but their availability and control is focused in the hands of a very small number of players. Therefore, it is likely to be a bumpy road to a fully electric global fleet.

Cobalt, while not an essential component of lithium ion batteries, adds greatly to their efficiency, meaning batteries can be smaller and vehicles can be driven further for a given battery size.

Alternatives to the popular nickel-cobalt-aluminium (NCA) format is lithium-iron-phosphate (LFP), which offers advantages such as safety and longevity but delivers a much lower power density.

Interestingly, LFP batteries are cheaper to produce. Therefore, some manufacturers are using these batteries in shorter range, lower-spec cars and reserving the NCA format for premium models.

Other issues preventing a move to electrification include range anxiety, which in real terms has now pushed out from 200 to 400km, and thus has become less of a problem. However, research shows that while an ICE-powered vehicle can be refuelled in 5 minutes, electric charging can take around 30 minutes to top up the battery to 80% - not quite fast enough for those in a hurry!

There has been much talk of a new generation of batteries that can be fully charged in minutes. At present, these appear to be just about non-existent, given that lithium-ion batteries first appeared in the 1970s and still lead the charge.

The geo-political part of the equation also needs to be considered and the supply of the raw materials to build a modern battery. China is said to provide 95% of the world’s LFP batteries, while also having control of around 80% of the global lithium deposits.

Meanwhile, the major markets of the US and Europe have very small, local manufacturing capability for this type of battery.

So, the fact that the West is increasingly relying on China for batteries is a worry – given that country is the world’s largest market for cars and is neither democratic nor liberal.

Many governments, including our own, suggest we should be moving away from hydrocarbon fuels. Therefore, it makes sense that there should be a much greater effort to look at alternatives, rather than putting all our eggs in the lithium/cobalt basket.

The laws of thermodynamics says a high compression ratio means a more efficient engine. That means we should be looking at the likes of synthetic diesel fuel, which can be made from any organic waste or derived from crops grown as a bio-fuel.

In the agricultural sector, the likes of AGCO, Deutz and FPT are all experimenting with alternatives – including hybrid power plants. Meanwhile, JCB has commissioned a $200 million project to use hydrogen as the power source in an easily modified ICE.

Although hydrogen is currently being produced from fossil fuel, there is potential to manufacture the fuel from water that undergoes electrolysis.

Whatever direction current developments take us, it should be remembered that mineral oils were introduced to remove the reliance on whale oil for lamps. In doing so, it was a huge environmental success. Unfortunately, oil has now grown to be the devil’s work in the eyes of environmentalists. Yet, given the current preference for battery power, we may be repeating the same mistake.

What our own government must remember is that NZ’s rural infrastructure is based solidly around the use of hydrocarbon fuels in ICEs. So, any moves to remove these vehicles without a realistic alternative – and a considered timeframe – will have a detrimental effect, including people keeping the so called ‘gas guzzlers’ for longer.