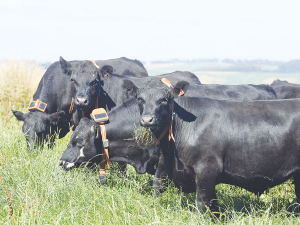 Chairman Andrew Maxwell says the capital raising will allow the company to scale up, and it will assign the marketing and sales of eShepherd to Gallagher in Australia and New Zealand.

“Our investors have taken a considered view of the growth potential of eShepherd, believing in the virtual fencing value proposition and its potential to transform livestock production globally,” Agersens said.

“With Gallagher being a global leader in the innovation, marketing and sales of smarter, simpler animal management solutions that make farm life easier, eShepherd should be a good fit for their product portfolio.”

“Gallagher has been promoting managed grazing systems using electric fencing for more than 80 years, and eShepherd is the next major development for improved grazing,” Harris adds. “For this reason, Gallagher has taken a significant interest in Agersens as part of this capital raising.”

Agersens claims to be revolutionising global livestock production by applying virtual fencing technology developed by the CSIRO. The company holds the worldwide exclusive licence for the technology.

For more than 50 years, the Gallagher team has made the annual pilgrimage to Mystery Creek for Fieldays.