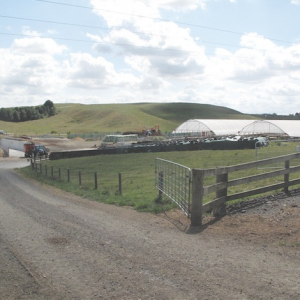 2.5% fewer than were sold in the year to December 2015, with 28% fewer dairy farms and 15% fewer grazing farms sold over the same period.

Compared to the three months ended November 2016, 11 regions recorded an increase in sales.

“As has been the case in previous seasons, figures for the three months ending December 2016 reflect solid activity during the spring, with an easing of volumes in the last month of the period, due in part to the shorter pre-Christmas selling period”, says REINZ rural spokesman Brian Peacocke.

“Reduced production from a national perspective, particularly in the dairy sector, is the result of an unseasonably late spring, mainly due to the volatile weather conditions.”

• Northland – A continuation of reasonable activity relating to finishing and grazing properties, with limited results in dairy;

• Auckland - An isolated flicker of light in the finishing and grazing categories;

• Waikato – Solid sales of dairy farms with one standout sale in the Matamata district; a simmering of sales in the arable, finishing and grazing sectors;

• Bay of Plenty / Central Plateau – A continuation of spectacular strength in the horticultural industry backed up by solid sales, albeit at moderate prices, for dairy and finishing units in the eastern and central regions;

• Taranaki – Reliable results in the dairy sector with one exceptional sale for an exceptional property; reasonable life in the finishing and grazing categories;

• Gisborne / Hawke’s Bay / Wairarapa – Quiet at the top and bottom ends of the East Coast of the North Island but an improvement in sales of finishing and arable farms in Hawke’s Bay where horticultural sales also registered;

• Nelson / Marlborough – Some sales of grazing units but quiet in the other sectors;

• Canterbury – Solid sales of finishing and grazing units, albeit reduced numbers from November, and sufficient activity to register in the forestry and dairy sectors;

• Otago – Consistent sales of finishing units, back to normal numbers of grazing sales after a spectacular November, and a stirring of embers on the dairy front; and

• Southland – Steady to improving in the dairy industry and a dramatic lift in sales volumes of finishing farms; other categories on par with previous periods.