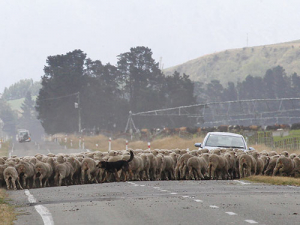 Setting up a new medical school, specifically aimed at training rural doctors, is one of the most “powerful tools”, to respond to that need, he says.

The DHB and the Waikato University have a business proposal before the government to set up New Zealand’s third medical school. Auckland and Otago currently have medical schools.

The proposed Waikato based school would specially be modelled to produce doctors to meet primary care needs of rural communities.

It would run a selection process towards that, and would be open to applications for the four year programme from graduates in all subjects.

Philanthropist Sir Owen Glenn has pledged $5 million towards the proposal.

Dr Murray says while Auckland and the bigger cities have more GPs per capita, places in rural New Zealand – for instance the North Island’s Midlands which is the DHB’s region – have some of the lowest rate of GPs per population in the country. These are also the lowest rates in OECD counties.

“So we have a big job ahead of us and we need big solutions that are bold and just making more places available in the existing medical schools will not do it,” Dr Murray told Rural News.

“We need to train people in the communities that they come from, that the communities help select. You need to start from scratch – you can’t have two cultures running in the same medical school training university.

“The one in Auckland is a great university and produces great doctors and researchers that are competitive globally.”

But the new medical school, if approved by government, would aim to come out with a “new breed of doctor” that comes from a new culture of community based social contract type mentality.

“This requires a brand new approach”.

“The size of the GP workforce has not kept pace with the population’s demand and in particular vacancy rates in the general rural practice of 20-25%,” he says.

“So already we have got vacancies of up to 25% in our smaller farming communities.

“GP shortages mean there are longer waiting lists for patients, many of the existing general practices have closed their enrolments, so the imbalance between the GP workforce supply of doctors and the demand for health care is mismatched.”

Many of our rural based GPs are trained outside of New Zealand.

“I thank the international medical workforce for their help in New Zealand. We import 1100 overseas trained doctors a year into our country. Normally 25% of them stay,” he says.

“No disrespect to the international medical graduates that come here, but we need to do better here. We can’t be so reliant on other countries training our doctors. “

Also having New Zealand trained doctors is important to understand our communities’ needs, he says.

They have looked at overseas models for the medical schools including Canada, Australia and the United States. Two models stand out – the Flinders model in Australia and the Northern Ontario School of Medicine in Canada. They want to emulate aspects of both programmes.

“We are not inventing from new here – in good Kiwi fashion we are taking the best bits of what others have done and putting it into a new way of working in New Zealand.”

The partnership proposal between the DHB and Waikato University is unique. The DHB is accountable to meet the needs of the population and the university for teaching and training and “when the two get together, it’s a very powerful model”.

The DHB sees their smaller hospitals and community facilities as a great training venue for young doctors. “What a great opportunity to train in the community that ultimately you might be serving in”.

“What we do know is where doctors train in inevitably where they come back to,” he says.

The Waikato Medical School will potentially provide provincial GPs to the whole country. But in the first instance they have issues locally.

Proposed new regulations for the Waikato and Waipā River Catchments outlined in Plan Change 1 have raised concerns in the agricultural sector.