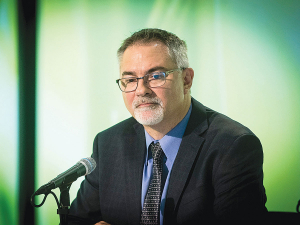 The farms, carrying 31,000 milking cows housed in a feedlot system, are now worth $500 million.

Over the past 10 years the co-op has invested over $1 billion in the farms with very little returns.

In its interim results announced last week, the co-op wrote down another $61m from the farms’ value. Last year it wrote down $200m.

“Clearly as you go through a sales process, you get new information: this has to be considered as you look at value of assets on your book.

“The writedown reflects that, as we closed out the half year.”

Rivers says it is continuing to look for opportunities to improve the performance of the business: the joint venture suffered a $65 million impairment to align with China Farms’ sale process and ongoing animal management costs.

Fonterra is also selling its joint venture stake in DPA Brazil: the co-op wrote down $31m in DPA’s value.