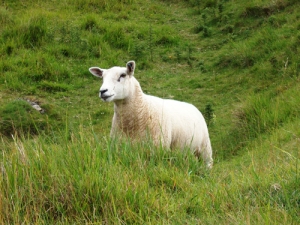 The North Island auction received mixed support with the stronger NZ dollar having a limited impact in some areas.

The weighted indicator for the main trading currencies was up 1.35% compared to the last sale on 19th November, accounting for a corresponding local market reduction in some sectors.

Dawson advises that the finer end of the Fine Crossbred Fleece were up to 1.5% dearer with the stronger end buyer's favour.

Fine Crossbred Shears 3 to 5 and 3 to 4 inches were firm to 2.5% cheaper with the shorter lengths firm to 2% dearer.

Next sale on 3 December will comprise of approximately 5,000 bales from the South Island with the North Island sale cancelled due to weather affecting shearing.

In a bid to meet growing demand for its three ingredient products, Allwool limited has recently purchased a wool plant at Te Poi, in the Waikato.

Perceptions of wool are changing, according to a recent study by carpet manufacturer Bremworth.

A US plastic surgeon’s research into wound repair is providing a boost for New Zealand’s struggling strong wool exports.

Meat prices are undergoing their seasonal lifts, according to a report from ASB released last week.