US going nuts about milk prices 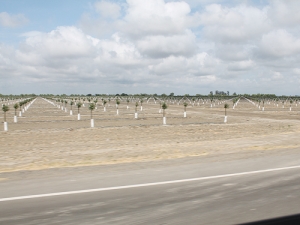 From Kentucky family farms to Californian ‘mega dairies’, there is one thing on the mind of US dairy farmers – milk price. In California this is driving many to nuts.

The dairy farmers are not making money right now. The Californian price is $13-$16/cwt (cwt = 0.045 tonne), about $2/cwt below cost – and well below the $20/cwt they were getting last year. Kentucky is on a similar price: one farmer told Rural News they were getting $27/cwt last year.

Although US milk prices are based on various calculations and California has its own system, there’s general acknowledgement that ultimately the Fonterra Global Dairy Trade index has a strong influence.

But despite the low prices this year, the family farms visited by Rural News last month – a 200-cow farm in Kentucky through to a 5500-cow mega dairy in California – are in for the long haul. They won’t be getting out; they will wait for the milk price to come up.

But less-committed farmers are getting out: the whole Central Valley of California is going nuts – almond, pistachio and walnuts.  It is fuelled by Chinese demand and the reported prospect of $10,000/acre (0.4ha) profit (based on almonds). There’s now a three year wait for walnut trees which take five-six years to reach full production. Almonds take three years and pistachio six years.

In a state as dry as a bone after four years of drought, water-hungry nut trees make big demand, reportedly its takes 151L (40 US gallons) of water to grow one almond.

The almond husks make good feed for cows and are shipped around the state.

Nevertheless visiting New Zealand farmers found much of interest in the Californian system of dairying; it reportedly pumps out twice as much milk (42 billion pounds 19b kg in 2014) from half the number of cows (1.8m). 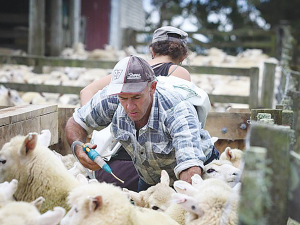