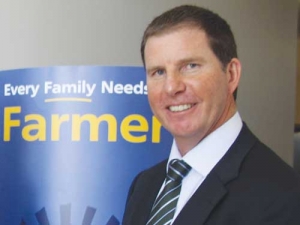 As Australian politicians haggle over endorsing a free trade agreement with China, farmers are warning that failure to ratify the deal will cost them up to A$18 billion over 10 years.

The National Farmers' Federation (NFF) says it has done economic analysis of the FTA and is calling for bipartisan support for the China FTA as enabling legislation is tabled in the Australian parliament.

However the Opposition Labour Party, while backing the deal, wants changes to safeguard Australian jobs.

Labour fears temporary Chinese labour coming into Australia will jeopardise local jobs. The powerful Construction, Forestry, Mining and Energy Union (CFMEU) has campaigned against the FTA, warning it will be bad for Australian jobs.

But Prime Minister Malcolm Turnbull accused unions of "scaremongering" and challenged Labor to suggest a compromise on the FTA.

Farmers believe the deal is a good one. NFF president Brent Finlay says the China FTA is an unambiguously good deal for Australians and any delay to the enabling legislation would hurt the economy.

"This agreement is a game-changer: it's a golden ticket to the world's second largest marketplace -- 1.3 billion consumers eager for Australian products and services," Finlay says.

"It's an opportunity to supercharge the Australian economy at a time when access to larger markets is desperately needed, particularly for our agriculture sector.

"[Close] to a wealthier, choosier and hungrier Asian population, the opportunities for Australia's quality produce are endless. The need to ratify this agreement is now more important than ever."

The China FTA will remove 85% of the taxes and duties imposed on Australian goods this year, rising to 93% after four years and 95% when fully implemented.

"As the legislation is introduced into parliament today, we urge all sides of politics to restore confidence and rationality to the debate by offering bipartisan support for the agreement."