Connecting grass and the city

Written by  Mark Wever, scientist in the farm systems & environment team at AgResearch. 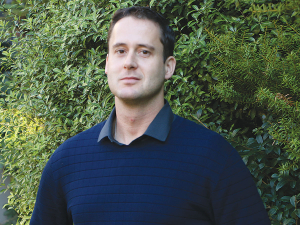 OPINON: New Zealand's large agricultural sector should not be seen as a hindrance to the development of a more modern and innovative economy.

The presence of a large agricultural sector in New Zealand is sometimes viewed as an impediment to this development.

This view is perhaps best exemplified in the 2013 book Get Off the Grass in which Sir Paul Callaghan (deceased) and Shaun Hendy argued that NZ’s reliance on agriculture stifles the country’s innovation ecosystem.

Expanding on this idea, the authors argue that NZers should get off the grass and into the city and the high tech industries that cities foster.

The agricultural sector, however, should not be seen as a hindrance to the development of a diversified innovation ecosystem in NZ. In fact, it can be a positive contributor to the development of such an ecosystem. The agricultural sector, with its complexity, can be a highly useful foil for IT and other high tech industries in developing innovations and business applications that are scalable to a variety of other industries.

Today, many innovations are not developed or commercialised by individual organisations operating within a clearly defined industrial space. Rather, they are often developed within business networks that link organisations from various industries.

In this innovation process, technology, business applications and knowledge do not just flow in one direction from the high tech industries to the remainder of the economy, but also vice versa.

Take the development of modern food tracking and tracing systems as an example. To develop these systems, the agricultural sector did not only import know-how and innovations from the IT industry, such as cloud computing and block chain technology. It also had valuable insights to export about how to deal with issues such as ‘fungibility’ and waste, fraud and counterfeiting within the supply chain, as well as how to safeguard and capture value from claims of provenance.

The developers of tracking and tracing systems have used such insights in the design of traceability systems in other sectors and industries, such as the pharmaceutical, mining, apparel and cosmetics industries. The use and further adoption of these systems is expected to lead to efficiency savings amounting to billions of dollars across these and other industries. Moreover, their use within supply chains can help improve labour practices and assist smallholders in gaining a fairer share of profits. However, these systems originated at least partially in the agricultural sector where traceability issues were arguably an earlier and more pressing concern.

Many of the innovations that the agricultural sector has developed through this process of co-innovation with other sectors and industries are so pervasive that they, as well as their benefits to the wider economy, are often taken for granted. Few people would consider, for example, the value ready made meals bring to the economy in time saving, but this value is real nonetheless. Likewise, it is easy to forget the extent to which improvements in agricultural production technology and practices have freed many in the western world from worries about how to satisfy their most basic needs, so allowing them to pursue other endeavors.

The value of such innovations is easy to overlook and difficult to measure or quantify, but this does not make them less worthwhile.

The intersection between the ‘grass’ (as a metaphor for the agricultural sector) and the ‘city’ (as a metaphor for the high tech industries) offers a fertile soil upon which a diverse innovation ecosystem can be built. For sustainable economic growth, rather than getting off the grass, it would be more productive to further cultivate its linkages with the city.

• Mark Wever is a scientist in the farm systems & environment team at AgResearch.