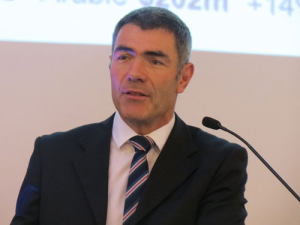 National says the government has turned its back on the major agricultural training provider Taratahi.

The future of Taratahi remains in limbo after it went into interim liquidation just before Christmas at the request of its board of trustees.

MPs Paula Bennett and Nathan Guy say the government is bribing students into tertiary education through its fees-free scheme and yet is allowing this large training provider to fold.

Bennett says this will hit hard the 900 students and 250 staff who were due to start and run courses at Taratahi this summer.

“We believe Taratahi approached ministers for $4 million to keep it afloat, but this government has failed to support it. Taratahi needed just a fraction of the $2.8 billion fees-free bribe or the $3b Provincial Growth Fund and yet ministers couldn’t find the money to keep Taratahi training students while it worked through its issues,” she says.

National’s agriculture spokesperson Nathan Guy says the performance of the primary sector is critical to our economy, and that depends on having well qualified, motivated and high-quality workers.

“We hope Taratahi can be salvaged. The agricultural sector is dependent on farming graduates to serve the industry. Taratahi plays an important role in providing those graduates,” he says.