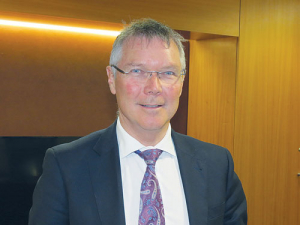 New Zealand is keeping pressure on the EU as formal talks to set an agenda for negotiating a free trade agreement are a few weeks away.

Trade Minister David Parker has been to France for an OECD meeting, for WTO talks and for discussions in France and Germany on the pending EU/NZ FTA.

Meanwhile, EU Trade Commissioner Cecilia Malmström will visit NZ on June 20 to formally launch the negotiations with Parker. And officials from the EU and NZ will meet to set the agenda for a formal detailed meeting in Brussels in July.

Agriculture, in particular reduced tariffs on dairy products, will be a high priority for the NZ negotiators.

Parker says NZ and the EU are close and natural partners on almost every global issue.

“An EU-New Zealand FTA will bring real benefits to both sides. It could also provide a model for what can be achieved between two parties committed to progressive and inclusive trade policies that benefit all our people,” he says.

Also in Europe now is NZ’s agricultural trade envoy Mike Petersen on a two-week trip building relationships between NZ, the EU and the UK ahead of the trade talks.

Petersen is in talks in Wales, which he says is important because when Brexit occurs administrations such as Wales become important and working with them now is critical for what lies ahead.

“I will also go to Prague to attend the Eucolait Conference,” he told Rural News. “This is a grouping of European dairy traders with about 500 members and associate members from other countries. I will also go to Germany for talks.”

Petersen says while NZ is well known in Europe as a friendly country that has stood by many EU countries for years, it is still up against stiff competition.

“These visits are very important but that’s not really understood in NZ.

“We need to remember that about 200 countries are travelling to Europe to try to protect their position and look for opportunities out of Brexit. We need to work hard to protect our current position and then new build on that with the EU and the UK.”

Petersen applauds Prime Minister Jacinda Ardern’s visit to France and Germany earlier this year as instrumental in getting the FTA negotiations underway.

“But we can’t just leave it all to our negotiators or politicians. We need to be working right across the spectrum and build good relations at every level in every country,” he says.