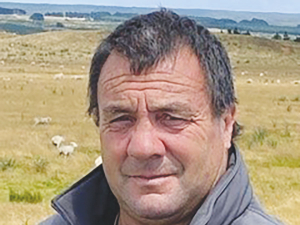 Diesel powers town electricity, but that covers only half the island. The remaining farms supply their own power, which has traditionally been diesel generators.

"Chathams has the highest gross domestic product per head of population in the country, and produces the best blue cod in the world, sells world class crayfish to China, and exports high quality lamb and beef."

Sixth-generation Islander, Denis Prendeville says it's a race against time to change to a sustainable electricity source.

"Something has to happen or people won't be able to turn on their lights," he adds.

All of the island depends on diesel - farms, fishing, town electricity. The price is up, as well as oil being unsustainable."

Prendeville worked 23 years for Department of Conservation. He says farmers who have installed solar systems are happy with them and that it has saved them money over using diesel.

Several locals told Rural News that if the ship carrying diesel to the island every few months is delayed, they run out of diesel before the next shipment, businesses stop or farms go manual.

Farmer and deputy mayor Greg Horlor says both the council and Chatham Islands Enterprise Trust are well aware of the need to diversify soon.

He pointed out a wind monitor station on the south coast of the island that is testing possible wind power sites. He explains that one of the problems is positioning the wind turbines to avoid any migratory paths of indigenous birds.

Chatham Islands Enterprise Trust hs produced a plan to shift to a more stable and environmentally friendly electricity source and sent it to MBIE in a bid for $8 million funding.

The Regional Strategic Partnership Fund was set up only last May, so too early to say what types of projects get funding. However, MBIE told Rural News, "Alternative power projects are encouraged under the RSPF as part of the wider goal of building New Zealand's climate resilience".

Brown says the cost of power on the island is four times what is paid on mainland NZ. It's $1 a unit, compared to the MBIE calculation of an average 22-cents on the mainlant (excluding line charges).

He says an experiment with wind power several years ago failed, mainly because the company went out of business.

"We are looking at a completely different type of wind turbine. They have been well proven in other parts of New Zealand."

Environmentalist Prendeville says wind power might be better than solar in the long term "but we need a solution now".

Rangitikei Tech has been building solar power systems for farms on the Chathams for 16 years, setting up about 30 to 40 systems.

Owner David Spicer says the Chathams should set up a system for properties to have electricity 24/7, and the price of diesel increasingly means solar.

He adds that some farms may have the diesel generator on only at breakfast or tea time, which means there are problems with refrigeration, keeping things cold and with communication.

He calculates that the payback for setting up a solar system is three years. Unlike homes in NZ that are also on the national grid, the Chatham off-grid properties need to invest in the solar panels, batteries, inverters, etc.

"But solar has changed a lot over the years. They are much bigger, cheaper, and last longer," he says.

His newer solar systems can go 20 to 30 years without maintenance, unlike the older panels.

Rangitikei Tech provides both wind and solar power systems, and Spicer says there are problems with both modes in trying to service such a small population like the Chathams.

On the other hand, Spicer points out the drawback of solar is that "the Chathams in the winter knows it can get fog weeks on end," which affects solar power, he says.

Spicer reckons they'd need to customise an electricity system that uses the best of each source.

The Commerce Commission is to begin their first market study of the retail fuel market, with the final report due in a year’s time.

Thoroughbred ute will cut it in town, country

Large passenger vehicles seem to lost favour in suburbia, giving way to utes as the macho movers and shakers.

While the modern farm tractor runs almost exclusively on a diet of diesel, over the years we have seen derivatives running on bio-diesel and one unit out of Germany that ran on pure rapeseed oil (Canola).

The upside of falling fuel prices