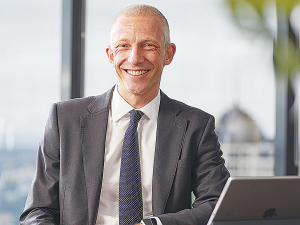 He believes the markets are uncomfortable with the co-operative's investment plans and whether they would deliver sustainable returns to investors who buy units in Fonterra Shareholders Fund (FSF).

Outside investors who are not allowed to hold shares in the farmer-owned co-op can invest in units in the Fund which gives them access to economic rights.

"The market appears to be signalling back to FSF on investment," says Dekker.

"Notwithstanding the disruption and a significant increase in shares held by farmers for investment purposes that come with the proposed capital structure changes, the weakness in FMCG shares raises questions on market concerns," he says.

Dekker says the other "major news" in the year since changes were signalled has been the 2030 aspirational strategy released ahead of the farmer vote on capital structure changes.

The co-op signalled a high-level pathway to up to 50c/share of earnings for unit holders over 10 years.

But Dekker says it's clear that the market attributes little value to that, with front-loading of investment likely an issue.

While Fonterra has signalled a strategy on significant investment over 10 years, it did highlight that it would be more prudent on capital structure ahead and that the large investment over maintenance levels needs to produce results, given its decisions to return $1b capital to farmers, rather than retain it for investment.

It also plans to run gearing and payout policy more conservatively than in the past, impacting dividend levels.

Dekker believes the markets are signalling a lack of confidence in Fonterra's investment plans.

"Notwithstanding current double-digit free cashflow yields, the market appears to us to be signalling a lack of confidence in the investment FSF has laid out, with uncertainty on what the sustainability investment in particular delivers by way of returns.

"FSF needs to consider its response to the market's signal that it is uncomfortable with aspects of the planned expenditure, particular on how it can increase confidence it will translate into the earnings growth FSF expects."

While the announcement caused a spike in Fonterra shares to $3.09/share, prices retreated to around $2.7 last week. The share prices was around $4.56 one year ago.

"The co-op considers the prevailing price, particularly since late April, has undervalued Fonterra shares, which is a key reason for announcing this buyback," McBride says.

The buyback may run for up to 12 months. It is separate from Fonterra's plan to spend $300m on supporting liquidity during the transition to a new requirement for farmers to own one Fonterra share for every 3 kgMS they supply to the co-operative, rather than the current one-for-one ratio.