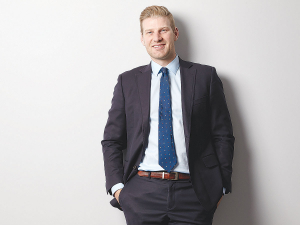 The fast pace of lawmaking in New Zealand in recent years is unsettling; Not only for the rural community trying to get their heads around what it all means for them, but for a range of sectors, including participants in New Zealand's Emissions Trading Scheme.

While farmers are grappling with HWEN's two options for managing agricultura emissions - an on-farm levy or a processor levy - the alternative of a blanket inclusion of agriculture in the ETS, which is the option if HWEN cannot convince the Government to adopt its suggested approach, is a particularly frightening prospect.

In its current form the ETS isn't working well for participants, particularly foresters. Adding complexity and workload for officials by including agriculture would be a disaster.

There are already huge delays in every part of the process, such as the time it takes for the administrator, Te Uru Rākau (The New Zealand Forestry Service), to deal with registrations, emissions returns and amendments to returns.

We have had the ETS in New Zealand for 13 years, yet many of the rules surrounding forestry remain untested and the recent reforms have done little to clarify problem areas.

Te Uru Rākau seems reticent to meaningfully engage on difficult issues and will not entertain anything but the most restrictive, and usually unworkable in practice, interpretation of poorly drafted rules. This often leaves participants frustrated and lacking resolution or clarity on how the ETS affects them.

In addition to that mess, if agriculture was to enter the ETS farmers are worried that the carbon price could be inflated by instituted investors wanting a slice of the action.

It's a valid concern, as it's not just emitters and foresters who participate in the market.

The result of this is that even substantial improvements made on farms to reduce emissions may not benefit those farmers if the carbon price keeps climbing.

Farmers feel like the goal posts are constantly shifting and as they deal with the day-to-day running of their businesses, unravelling what a range of new regulations will mean for them is an overwhelming prospect that leaves them paying on two fronts.

They pay to become compliant with whatever the eventual outcome is, and the complexity of the regulatory framework means they'll pay for advice to navigate its many ambiguities. These costs are significant, and at front of mind.

The current anomalies within the ETS are many and at times they have proven to be completely destructive. We have seen clients make simple administrative errors, like doing something out of order. The regulator can see that there are no environmental consequences of the error but are of the view that the rules leave no room for discretion. It seems we've legislated away common sense.

We've seen examples of participants getting ahead of themselves and planting an 'offsetting forest' before the off-setting application has been approved. The result? The planting is ineligible as offsetting forest land because the offsetting trees are already in the ground.

In another case, a large area of offsetting planting was not accepted because a tiny area (around 1.5ha) was not planted by the contractor because of power lines. Other minor mapping anomalies have seen whole offsetting applications be declined, with regulators claiming no discretion to permit an application be amended. To be fair, the recent reforms, yet to come into force, have sought to address this, but the regime remains needlessly complex.

Practitioners have also discovered that once filed, a voluntary emissions return can't be amended or corrected - only Te Uru Rākau has the power to do that. A participant realised they'd made a mistake moments after submitting their return and tried to withdraw it. They were not allowed to do so, and they were fined tens of thousands of dollars for filing an incorrect return.

We have seen landowners forced to battle at every turn in a process where there is no certainty and little common sense. Forestry consultants and lawyers have battled to have cutover land, or land that is unstocked but earmarked for forestry, recognised as forest land, based on the plain words in the Climate Change Response Act. They have also been bogged down with paperwork trying to transfer participation in the scheme following death or change of a land-owning trustee.

From the outside looking in, Te Uru Rākau is struggling to appropriately resource for their substantial workload, and with steady competition from the private sector, experienced staff are hard to retain. Participants still regularly experience delays more than 18 months to have their matters progressed. One consultant likened the process to having the IRD scrutinise every detail of eveyr New Zealander's tax return. Things need to change.

Recent moves, like proposing further amendments to overseas investment criteria for forestry and seeking consultation around excluding permanent planting of exotic forests from the ETS, are further evidence of the 'legislate first, consider consequences later' approach we seem to be taking as a country.

It's no wonder farmers are nervous, confused, and angry.

Campbell Stewart is a partner at law firm, Tompkins Wake and a specialist in overseas investment, property, and the ETS.