Westland Milk to cut board size 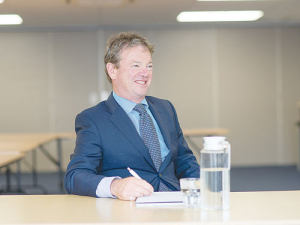 Westland Milk Products (WMP) chairman Pete Morrison says the proposed changes to the governance structure of the cooperative will impose more accountability on the board.

Morrison says the changes will better equip WMP to deal with the challenges and opportunities that lie ahead.

“We didn’t start with a prerequisite to reduce the board in size but as we talked through the situation the committee looked for the best ways of achieving the best behaviours for the company and how we could get the best results with five farmer directors and three independents.

“We want a dynamic, thriving company on the Coast and to do that we believe a smaller board is the answer.”

WMP now has only six directors due to two resignations, and sitting director Noel Robb has indicated he won’t stand for re-election.

There is recommendation to set special eligibility criteria for all directors including independents and a scheme to foster potential directors.

A major change is in the process for electing shareholder directors: this allows would-be directors to nominate themselves, then all candidates to go on a ‘roadshow’ as part of the election process. This somewhat resembles the Fonterra process, but Morrison says they didn’t automatically seize the Fonterra model.

“It was definitely not modelled on Fonterra. We didn’t look at their process and what they go through. As it turns out it is similar and probably it is the best way of doing things,” he says.

Morrison says WMP is poised for a good season and will not incurr a loss ($17m) as it did last year. He says the company has already saved about $68 million and has increased sales.

He says chief executive Toni Brendish has done a great job for the company and he believes the new leadership team will bring positive results.

“It’s getting the efficiencies right, getting the behaviours right, making people accountable from top to bottom and at the same time increasing sale prices.”

The Coast had a great autumn and the winter was relatively kind.

“While it has been wet over the last month we wouldn’t say it was too bad.

“We all have ways of dealing with the wet -- stand-offs, winter crops and trying not to pug the paddocks. We’re not overstocked on the Coast and are used to rain.”

Morrison says while production is now down, he is confident Christmas will see the situation improved.

Wyeth ready for the 'Coast'

The chief executive-elect of Yili-owned Westland Milk Products Richard Wyeth is looking forward to the challenge of running the company.