Dairy’s $17b contribution to NZ economy 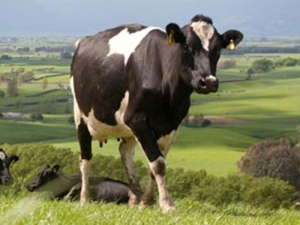 Dairy is a major contributor to New Zealand’s living standards and plays a crucial role in supporting regional economic development, according to an NZEIR report released recently.

Dairy Companies Association of New Zealand (DCANZ) Executive Director, Kimberly Crewther, says the report was commissioned as part of DCANZ’s input into the recent Ministry of Foreign Affairs and Trade Trade For All  Agenda consultation.

“Many people will already know that dairy is New Zealand’s largest export sector. What this report shows is how that $17 billion of revenue is shared across the economy, as both income and a driver of economic activity” says Crewther.

The report’s findings include:

- Dairy farming has the highest average salary amongst agricultural industries

- The dairy sector is a top 10 purchaser of output from around a third of all other New Zealand industries, which collectively account for over 40% of GDP.

Dairy is the top income generator, delivering more than 10% of GDP, in the Waikato, Southland, the West Coast and Taranaki.  It is also the second largest contributor to economic activity in Northland and Manawatu, and the third largest in Canterbury and Bay of Plenty.   The sector is also highly linked to the Maori economy with an estimated 10% of industry assets being in Maori ownership.

“It is important that regional New Zealand continues to thrive alongside our main centres.  Dairy exports have provided opportunities outside of the main cities for people in a broad range of careers from science to engineering, accounting to driving.”

The report also considers how dairy has been adding value to its exports.

“The 70% increase in export revenue per cow achieved since 2001, and a 43% increase in export revenues per kg of exports since 1990 reflect value addition from diversification of processing.  For example,   infant formula has grown to being a billion-dollar export industry, and within more traditional product categories like cheese, butter and milk powders, New Zealand dairy exporters have shifted from standard products to speciality ingredients, including for supply to growing food service and bakery industries in key markets.”

“Dairy manufacturers have invested over $3.1 billion in processing facilities in recent years, this will maintain the trend for adding value to New Zealand milk, and the resulting economic revenue generation will support the industry in achieving its Dairy Tomorrow strategy commitments in relation to sustainability” says Crewther.

The contribution to economic activity, incomes, and regional growth outlined in the report would not have been possible without trade.  An earlier report from NZIER (February 2017) highlighted the benefits the New Zealand dairy industry had already secured to trade liberalisation, but also the ongoing impact that trade barriers are having in suppressing returns for New Zealand dairy products.  Key findings of the 2017 report were:

- Trade liberalisation to date, in the form of tariff reductions from bound WTO levels, has resulted in New Zealand dairy exports being $2.3 billion higher, and nominal GDP being $1.66 billion more, than it otherwise would be;