Farming into the future with PKE 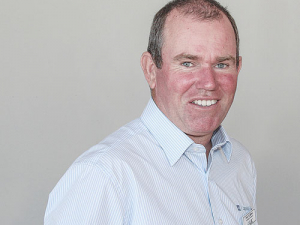 There's no better time than now to reevaluate how you use palm kernel extract (PKE).

PKE is a by-product of the palm oil industry in South East Asia. It is derived from the nut of the palm fruit after the oil is either mechanically or solvent extracted.

The possible benefits of feeding PKE include increased milk production and revenue, improved health and reproduction including body condition at calving, and reduced overgrazing during a feed deficit.

Farmers have adopted the product because it’s easy to use, requiring minimal infrastructure, and without the animal health problems that can occur with grain, brassicas and fodder beet.

From a farmer perspective, it is a great feed for dealing with feed deficits in the shoulder seasons, when stock demands exceed pasture growth. And its popularity has been driven in particular by its value as a flexible drought feed.

However, the disadvantage of PKE use is the effect on milk composition, and Fonterra has now announced the introduction of a Fat Evaluation Index (FEI) grading system to come into force from September 2018 (earlier in 2017, the company started informing farmers of their FEI results on milk dockets).

This index is designed to indicate the suitability of the milk fat composition for processing into a variety of products and to meet consumer requirements and, although FEI is impacted by many factors, the key driver is the amount of PKE fed and its oil content. Oil content of PKE varies across the season, by region or origin, by supplier and by shipment.

For many farmers PKE has become the most cost-effective, safe and convenient supplement so things are going to get very interesting and not necessarily in a good way. The days of being able to increase PKE feed levels when necessary may be coming to an end with significant penalties for FEI grades expected.

Unless it’s part of an overall balanced diet, feeding higher levels of PKE may become out of the question financially and, unfortunately, it is in seasons like this one of poor grass growth and limited availability of other supplements that many farmers rely on PKE more than ever.

For farmers who use PKE as a significant supplement, never has it been more important to re-evaluate their system.  Farmers need to speak to their farm consultant, feed suppliers or other advisor to get advice on other supplements, crops, changing stocking rate, calving date, etc.

It is important for farm owners, contract milkers or sharemilkers to be all involved in this process together.

Cow numbers and contracts may need to be adjusted and an open mind and mutual understanding will be required.

What should you do when your milk fat percentage has fallen?

A new calf cereal with no palm kernel expeller (PKE) is on sale for the calving season, says developer Agrifeeds.