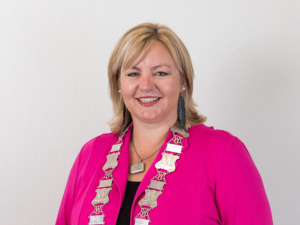 The message comes after all 50 Rural and Provincial Councils’ Mayors, Chairs, chief executives and some of their councillors met for the first time this year during a two-day forum run by Local Government NZ (LGNZ) in Wellington late last week.

The forum heard from politicians from both sides of the House who acknowledged the current pressures on the sector.

They say that on any given day, councils are dealing with roading, parks and reserves and the 30 to 40 other services communities expect their councils to deliver, before adding the reforms to the mix.

“The Three Waters reform and Resource Management reform will completely change the roles and responsibilities of local authorities,” says Walker.

“Councils are not opposed to change, and we all agree that the status quo is unsustainable, but we can’t have everything happen at once,” she says.

She says that on top of Three Waters and the Resource Management reforms, Councils are also having to manage changes to the health system, the National Adaptation Plan and Emissions Reduction Plan, a new Waste Minimisation Strategy and the proposed reform of emergency management.

“Most importantly, the Future for Local Government (FfLG) Review is also underway, which is an important piece of work and in an ideal world would have been done before anything else.”

Walker says that during the forum, attendees heard from the sector and a number of speakers claiming that skilled council staff are being poached by Government departments.

“This leaves a massive skills gap right across the local government sector.

“Everyone agrees that we need a strong, cohesive local government that ultimately empowers communities and local decision making. The reforms are a once-in-a-generation opportunity to get it right; let’s not rush it for the sake of politics,” Walker says.

Kircher says councils are unable to meaningfully contribute to reforms of the scale they are currently facing with those kinds of workforce challenges, particularly considering 2022 is a local body election year, with new members being inducted into their roles, many of whom, he says, will have little or no prior knowledge of the reforms.

“We are working in a pressure cooker environment, but this pressure will be exacerbated by the need to make meaningful contributions to the Water Services Bill, the Natural & Built Environments Bill and the Spatial Planning Bill, while making sure that the core services are still being delivered to our communities.”

He says that in rural and provincial New Zealand, councils are showing leadership by implementing innovative, community-led initiatives across a spectrum of issues.

“The initiatives show creativity and take into account the unique nature of different rural communities. We must use the reforms as an opportunity to build on these successes.

LGNZ President Stuart Crosby adds that the challenges local government is confronted with have built up over numerous decades and councils shouldn’t look to fix all of them in just a handful of years.

“The challenges for our rural, provincial and metro councils vary in type and scale, but everyone agrees that the pace of change needs to slow down.”

“Let’s take a phased approach and find solutions to get more people with skills on the ground – which means growing our own to future-proof our sector and plugging the immediate skills gap.

“It’s about engaging with the people who will have to put the reforms into action, so we can all better serve our mutual communities,” Crosby says.

Every Council in New Zealand will receive at least $350,000 of additional funding to ensure they have the resourcing necessary to implement the Three Waters reforms, Associate Minister of Local Government Kieran McAnulty announced today.

With sweeping changes facing local government, and the very existence of some councils under threat, Federated Farmers is urging rural New Zealanders to step up their interest in the election campaign this year.