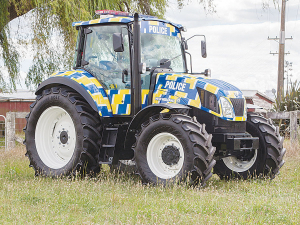 A new IPCA report has revealed major issues in the resourcing of small community police stations.

A new report from the Independent Police Conduct Authority (IPCA) has revealed major issues in the resourcing of small community police stations.

The report, entitled ‘Thematic Review – Policing in small communities’, was released at the beginning of the month and makes 41 recommendations on how New Zealand Police can improve conditions for small community officers.

One issue identified early in the report is that of support from specialist officers for critical incidents and serious offence investigations.

It found that while many officers generally receive specialist investigative support, there were some who complained of a lack of support in certain types of serious investigations.

“…some officers complained that, apart from the specialist areas of Adult Sexual Assault and Child Protection, staffing shortages in the Criminal Investigation Branch (CIB) mean they are increasingly dealing with all other serious crime themselves,” the report reads.

“However, at times it can be challenging for whatever reason, for staffing or for commitments – people are busy doing something else – to actually get people quickly to them to support them with some of those more serious-type of incidents,” he told Rural News.

Meanwhile, New Zealand Police say the varied nature of a small community policing role means officers in those areas may have to deal with those specialist areas of policing on occasion.

“The nature of policing in a rural community means the role of a rural officer will never be black and white and from time to time they will come across incidents that require specialist services,” says Inspector Paul Carpenter, Rural Policing Enhancement Project (RPEP) lead for New Zealand Police.

He adds that the RPEP, which was set up in February, will be looking at rural training requirements and deployment and support functions from specialist workgroups as part of the project.

Another issue tackled within the report was that of burnout among officers.

It said that the 24/7 nature of a rural policing role, along with constant scrutiny from the community, had the potential to create feelings of overwork and burnout, especially within on-person stations.

“Some of the officers we spoke to were concerned about workload and burnout, and the lack of adequate support, especially in one-person stations,” the report reads.

The IPCA argues for a national resourcing model to ensure that all small communities have a sufficient amount of officers and relievers to prevent officer burnout.

The issue of burnout among rural officers is something McRandle says the Police Association are well aware of.

“When you’re in a rural environment, it’s a little bit like living in a fishbowl. Everybody knows you, you might not know everybody, in time you probably will know everybody or just about, depending on how long you’re there and your time is often never your own. The challenge of having downtime is very real and it’s hard to get that downtime and when you’re on leave, you need to be on leave.

“Anything we can do to make sure that the relief is available to staff is critical, particularly when they need to take a break, or they need to take some leave, because you will accrue annual leave and you need to have some rest, you need to keep yourself well so you can do your job,” he says.

McRandle adds that the Police Association supports the recommendations made in the report.

The findings in the IPCA report are being addressed by New Zealand Police’s RPEP.

IPCA says it has agreed to monitor the progress of that project and the Police’s implementation of recommendations from the RPEP and the recommendations made in the IPCA report.

“RWNZ is pleased to see a recommendation that there be better resource planning and we would like to see more police officers in rural New Zealand as part of that plan,” Naylor says.

She says an increase to the number of officers in rural community will help the challenges faced by those officers within them, such as isolation, long distances between stations, time to travel to callouts, unreliable connectivity and being sole responders to callouts.

“More rural-based officers would alleviate these issues by being there to support their colleagues and building safer rural communities.”

She says, all-up, the IPCA report is a great resource and RWNZ looks forward to seeing the 41 recommendations within it implemented.

OPINION: A boy racer has been charged over the Fonterra milk tanker vandalism and pouring milk across the road in Waikato, but more police action is needed.