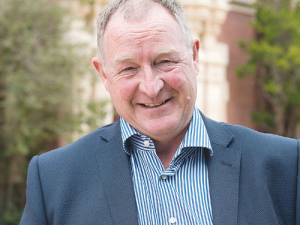 Lincoln University is already working to transform itself as suggested in a hard-hitting report warning it is underperforming in many areas.

A ‘transformation board’ set up in March to assess the university and map a future strategy released its report two weeks ago, warning that retaining the status quo “is not an option”.

“By most metrics Lincoln University is not delivering on its potential. It remains small scale, has a poor sense of strategy and has weak relationships with key stakeholders and entities who should or could be partners,” the report states.

“The teaching offering and delivery is in need of an overhaul, along with the focus of research activities, so that the university can make a more significant contribution to learning, and to community and national wellbeing.”

Chancellor Steve Smith has welcomed the report, saying the negatives emphasised by some news media actually represent opportunities for change. He said it was “a resounding endorsement of the role the university has to play for the future”.

“The board report could have said Lincoln University should be merged with one of the bigger universities, that it’s too small and not set for the future,” Smith told Rural News.

“However, they quite conclusively said no, Lincoln University should remain an independent university, but much more integrated into the Lincoln Hub, and focused on what it can contribute to enhancing the prosperity of New Zealanders.”

Smith says agriculture will be an “absolute core focus” of what the university does.

The report says Lincoln and its students would benefit from a big cut in the number of undergraduate qualifications it offers, but being more flexible in its offerings of course majors, and better aligning those majors to the skills industry needs.

Smith is heading an interim group of council and senior management now looking at how to implement and prioritise the report, “including thinking about the academic offering for 2018”.

In its organisation and finances the university is now stable, whereas a couple of years ago it wasn’t.

“We’re going to post an exceptional result in 2017, from a financial point of view, so that gives us great confidence looking forward.”