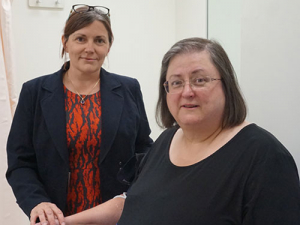 A spate of patients suffering from wounds that refused to heal has led a clinician-researcher at a major Sydney hospital to the surprising discovery of scurvy amongst contemporary Australians.

A historical disease caused by a lack of vitamin C and generally associated with old-world sailors on long voyages, it appears that scurvy is reappearing due to poor modern dietary habits.

Professor Jenny Gunton, who heads the Centre for Diabetes, Obesity and Endocrinology research at The Westmead Institute, said several of her patients at Westmead Hospital with long-running unhealed wounds were cured by a simple course of vitamin C.

“When I asked about their diet, one person was eating little or no fresh fruit and vegetables, but the rest ate fair amounts of vegetables; they were simply over-cooking them, which destroys the vitamin C,” says Professor Gunton.

The irony, she says, is that it is possible for patients to be suffering scurvy, even when they are overweight or obese.

“It highlights a danger that you can consume plenty of calories yet not receive enough nutrients.”

A research paper by Professor Gunton, just published in the international journal Diabetic Medicine, concludes that some diabetes patients should be tested for vitamin C deficiency.

“While diabetes is not traditionally a risk factor for vitamin C deficiency, the research suggests that clinicians should have a high index of suspicion,” says Professor Gunton, “particularly if their patients present with unhealed ulcers, easy bruising or gum bleeding without obvious cause.”

Her paper reported that there was no predominant social pattern to the incidence of scurvy and that patients with poor diets were observed to be from a range of socio-economic backgrounds.

“This result suggests that despite the plethora of dietary advice readily available to consumers, there are still plenty of people – from all walks of life – who are not getting the messages.”

Human bodies cannot synthesise vitamin C, so we must eat foods containing it.

A lack of vitamin C in the body results in defected formation of collagen and connective tissues, the results of which may include bruising, bleeding gums, petechiae (blood spots in the skin), arthralgia (joint pain) and impaired wound healing.

Common foods which are high in vitamin C include oranges, strawberries, red and green peppers including capsicums, broccoli, kiwi fruit and grapefruit. But overcooking any food is likely to destroy the vitamin C.

The New Zealand Rural General Practice Network says it has brokered an agreement with the Ministry of Health to extend locum support.

Is rural health being short-changed?

There’s concern about the number of COVID-19 tests per head of population been lower in rural than urban areas.