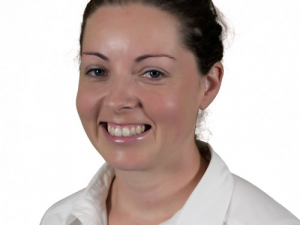 The public are a lot more aware and educated about water and the environment, according to IrrigationNZ’s newly appointed chief executive Elizabeth Soal.

IrrigationNZ has recognised the increasing public awareness and the board has developed a new strategic plan. Part of her role will be to implement that plan, Soal told Rural News. She will start work in February.

The plan will be responding to the changing landscape the irrigation sector is operating in.

“There has been a lot of work in Canterbury and Otago and other regions to address some of the issues on water use and the implications of land use change and similar,” she says.

“IrrigationNZ and the wider irrigation sector have been heavily involved in a lot of these processes. Essentially it is about looking into the future for the next five to 10 years and asking ‘what are the issue we need to address?’

“And we must be in a place to be able to respond to the changing regulatory regime nationally and regionally and what that means for our member schemes and individual irrigators.”

Soal says the strategy has different components, notably developing a robust information base, advocating strongly on members’ behalf, getting water storage onto the national agenda and setting standards.

“IrrigationNZ has always been at the forefront of setting standards for the irrigation service industry and technical standards.

“Essentially it is about ensuring irrigation in NZ provides for a sustainable future for the country as a whole.”

Soal has worked as a policy advisor for the Ministry for Social Development on social, economic and labour market issues. She then moved into her current role as director of strategy and policy with the Waitaki Irrigators Collective which deals with water related policy in North Otago.

With the IrrigationNZ appointment, Soal says she is taking the next step in working more at the national level on similar sorts of issues.

“I am excited about the opportunity and challenges ahead. The irrigation sector is vitally important to NZ’s wellbeing and fundamental to a lot of rural communities.

“Being able to be part of those discussions at the national level as we tackle some of these big issues around water is exciting. I can’t wait to be a part of it.”

“Elizabeth has a strong background in water management, law and policy and she will help contribute to all of these goals, but she is particularly well qualified to contribute to national discussions as we seek to solve complex issues in water allocation.”

Soal has worked as the director of strategy and policy at Waitaki Irrigators Collective for the past eight years. She also served on IrrigationNZ’s board from 2011 to 2016, and until recently she sat on the technical committee of the International Alliance for Water Stewardship, based in Edinburgh.

Soal has graduated in politics and law from the University of Otago, and isnow working on a PhD looking at freshwater governance in NZ.

A Waitangi Tribunal report and recommendations on water ownership have put Māori rights and interests in freshwater firmly back in the public spotlight, just as the Government releases a raft of policy changes.

A new guide has been released which will assist farmers and the irrigation industry to adopt the use of fertigation.