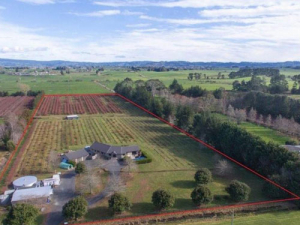 Farm sales increased by 6.3% for the three months ended November 2018.

More farms have been changing hands in recent months, according to the Real Estate Institute of NZ (REINZ).

Brian Peacocke, Rural Spokesman, at REINZ says climatic conditions during November 2018 continue to benefit most of the rural sector with widespread rain and warm temperatures creating abundant pasture growth across the country.

“However, heavy rain and high humidity are causing grief within segments of the horticulture, arable and vegetable growing sectors, viz; cherry damage in Central Otago, difficulty with grain crops in some regions, and as a result of an unseasonal hailstorm, the total obliteration of a large asparagus crop in central Waikato.

“Sales data for November 2018 compared to the same periods in 2017 and 2016 reflects an increase in volume for the finishing category, but reductions in the dairy, grazing and arable categories. Horticulture improved from 2017 but was down 28 % on November 2016. Forestry remained relatively stable.

“Reports from the regions confirm significant numbers of properties being available for sale during the spring, particularly dairy farms, this being an indication of a mix of factors; viz, age and stage of property owners; increasing charges; costs relating to compliance and labour; dissatisfaction with a milk processing company, and in some quarters, frustration with the perceived lack of empathy emanating from central government.

“Within this unsettled environment, sheep, beef, arable and horticulture properties have continued to create good demand and sell well. By contrast, perhaps as a result of vendor expectations and the reduced confidence amongst some purchasers, a number of dairy farms have failed to sell,” he says.