All quiet on fruit fly front 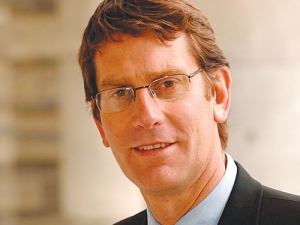 The horticulture industry will not have to pay towards the Queensland fruit fly response in Auckland this time – but it will be liable in the future under the Government Industry Agreements.

Horticulture NZ’s chief executive Peter Silcock says the previous detections in Auckland and Whangarei cost $1 million-$1.5 million but the Auckland eradication will cost much more because the operation may run into months. It is the largest fruit fly incursion since the Medfly was found in Mt Roskill in 1996.

Four Queensland fruit fly finds over three years is a big concern because under the Government Industry Agreements the costs will be shared in the future, he says.

In Australia, the current annual cost of managing Queensland fruit fly in areas where it is endemic are estimated to be at least $28m, with 60% of the costs borne by commercial growers, a report to the Kiwifruit Vine Health shows.

“The potential financial impact on the horticulture industry depends on where you find the flies. Clearly having a find of this fly in central urban Auckland is much less damaging. If this find was in one of the major horticultural production areas it would have a massive impact.”

Immediately a ban would be put on exports of product grown in the immediate vicinity. “That could disrupt a lot of trade. It would be hundreds of millions of dollars and a serious impact on jobs.”

A 2007 report to the kiwifruit industry said a major incursion in Te Puke could cost the horticulture industry up to $480 million but the follow-on effects could exceed $800m and put 3500 jobs at risk. A report this month to Kiwifruit Vine Health proposes these figures need to be remodelled upwards because of changes since 2007 in production volumes, markets and possible market reactions. China could exclude fruit from the whole North Island rather than just the areas surrounding the incursion.

On a positive note, Silcock says it has been a few weeks since MPI has found any Queensland fruit fly in the Auckland controlled zone. The last time they found fruit with larvae in it was on March 19. That fruit was collected on March 13 and put it into incubation because the eggs are so small they were very hard to detect.

“We are certainly hoping that is the end of it. It is obviously as important as ever that people still comply with those rules on movement of fruit out of the area.

“For our trading partners we need to continue to do monitoring over a period of time. That varies between trading partners but at least a couple of life cycles of fruit fly so that is a number of weeks and months yet. We have to monitor the area to prove there isn’t a population there.”

MPI is still working on how the fruit fly came in; it suspects it was via a passenger, for instance, with a piece of fruit in someone’s bag. “There is no proof yet and often it is hard to determine where these things come from.

“Clearly over the last three years we have had four finds – two in Avondale, one in Whangarei and this one, and that is too many finds in our traps.

“The trapping system is good but we just don’t want to be using it that often.  So it is all about how can we improve what is happening at the border, how can we ensure these flies are not getting through to our traps in the first place? We have an increasing risk in Australia and we need to be responding to that.”

No news is good news

Every day that passes without catching another fly brings the end of the operation closer, an MPI spokesman told Rural News.

“It is simple when a single male fly is found. The operation to ascertain if there are more flies take two to three weeks. When more flies are found it becomes more complex. In this instance 14 flies have been found, so there are many more variables.

“During the Mediterranean fruit fly incursion in Mt Roskill in 1996, more than 40 flies were found and the operation to eradicate it took nine months. That is New Zealand’s longest fruit fly eradication operation.”

All costs are being logged against the operation, but an accurate figure so far is not available yet, the spokesman says.