Spierings has faith in Fonterra 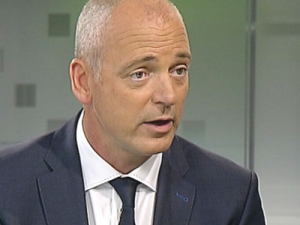 Fonterra chief executive Theo Spierings says he believes in the co-op, its strategy and future.

He says Fonterra's strategy is working.
He was commenting on media reports that he will be quitting the high profile job.

Spierings says he landed from a trip to China to read media reports about his future with the co-op.

He says it took him 10 days to reassure key customers and partners worldwide that he was not quitting.

"It's just appalling that as we have a vote underway such report surfaces," he said at the special agm on governance.

Wilson says as soon he found out about the report, he sent an email out to farmers rubbishing the report.