Leptospirosis: she’ll no longer be right 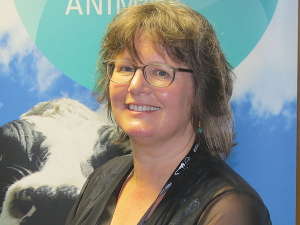 She told an international conference on epidemiology in Wellington recently that in today’s world it’s not only important to produce food perfectly, it’s equally important to show that the people who produce the food are also cared for properly.

Benschop says her recent research has uncovered a burden of lepto in dairy farmers even though they vaccinate for the disease.

“A strain called Tarassovi appears a little more dominant in dairy farmers than it was in the past. It’s one we need to look hard at and we are also looking at it in cattle.”

Benschop says extra funding her group at Massey University got from the Health Research Council enables her to talk NZ-wide to district health boards and get a sense of what’s important to them. Good surveillance is discovering that people are getting sick but more detailed information is needed.

“The doctors want to be able to tell the patients whether or not they have lepto but [our group] wants to know what strain it is.

“In our new case study in Northland, Te Kuiti and Wairoa we are working closely with doctors there to recruit patients when they are suspected of having the disease. We try to get more samples if the patient consents and go and sample those patients’ animals -- a first for NZ.”

She says the strains of disease often vary from region to region which makes the task for researchers tricky.

“We have larger herd sizes so there is more infection pressure within herds but potentially fewer people at risk.

“But there are more cases amongst dairy farmers and the key question is, how to do we farm intensively and safely while keeping people safe?” she says.

With larger herds come more workers – some of them migrants, especially from the Philippines.

“I wonder about their awareness of infectious diseases and in particular lepto and their ability to get information about that,” she says.

While leptospirosis in NZ has in the past been a disease associated with dairy farms and meat works, Benschop says the disease is now being spread by rodents and anywhere there is food such as PKE, calf feed or even fallen apples in orchards there is chance that lepto can be spread.

“The strains of lepto carried by rodents are different from the strains we see in sheep and cattle but they can make people sick.

“So it’s possible that people working in orcharding or forestry could be exposed to the disease,” she says.

The interest in the self-shedding Wiltshire sheep has prompted Massey University to run a special field day at their Riverside farm near Masterton on 1 June.