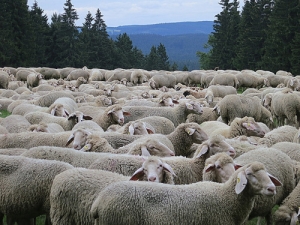 The 5100 bales of South Island wools on offer this week through the Wool Services International auction saw strong competition and a 90.5% clearance.

Ching says the less stylish merino fleece compared to the last time offered on October 22 saw the 19.5 micron and finer wools up to 6% cheaper with 20 to 23.5 microns up to 3% firmer.

The next sale on November 12 comprises about 5100 bales from the North Island.

A new NZ National Standard for Wool has been established, under the New Zealand Farm Assurance Programme (NZFAP).

Stuffing the good out of wool

In a minor coup for the struggling strong wool sector, one of New Zealand's largest furniture manufactures and retailers, Big Save Furniture, has committed to using more strong wool in its products and pay growers a fair price. David Anderson asked managing director Tom McKimm about the move.

New Zealand's strong wool sector is in the doldrums, with record low prices and little hope on the horizon.