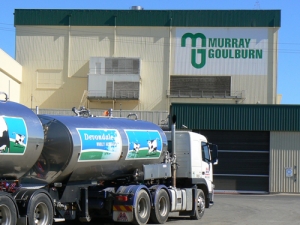 At this month’s special meeting, 92% of votes cast were in favour of implementing the capital structure; at least half the co-op’s 2500 shareholder voted.

MG will issue TAF-like share units to investors in a bid to raise A$500 million to fund growth, listing on the ASX within two months.

However, unlike TAF – where the manufacturing and dividend-paying side of Fonterra in theory benefits from a low milk price because it means a lower input cost – MG says an improved farmgate milk price will remain its primary goal.

The MG vote comes after 12 months of talks with farmer shareholders.

“The strength of the vote demonstrates that MG’s suppliers are not only overwhelmingly in favour of the new capital structure, but also see the growth that lies ahead for dairy foods.

“They see the opportunity that Asia presents and support MG’s growth and value creation strategy.

“From the outset, the board believed it was important to involve MG supplier shareholders in the capital structure development process and after 18 months of [talks], including five rounds of supplier meetings, what we saw today was a co-op in unison and alignment. I am enormously proud of the process undertaken to develop the capital structure.

“We will [now] move forward with the various offers to eligible suppliers and external investors to invest in MG’s future, with the aim of completing the fundraising process and listing the MG Unit Trust on the Australian Securities Exchange in July.”

The sharemarket listing will include a Friends of MG offer of units, providing priority allocation of units to existing and former suppliers, MG employees and local residents in MG’s dairy regions.

The rest of the capital would be raised through offers of shares to MG suppliers called the supplier share offer and supplier priority offer.