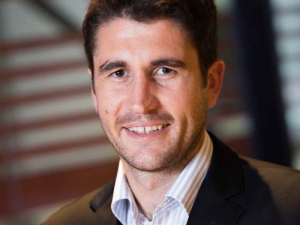 The Australian cattle herd is expected to increase in 2017 – its first increase in three years.

The change isn’t likely to kick in until the second half of 2017, the first six months of the year continuing on the same track as 2016, with tight supplies, strong restocker demand and the subsequent likelihood of a strong young cattle market.

MLA’s manager of market information Ben Thomas says the cattle market will start to feel the impacts of the increase as the year progresses.

“Once beef production slowly starts increasing again, there will be some downward pressure on prices in the Australian cattle market,” says Thomas.

Expectations are for a further 3% decline in Australian cattle slaughter in 2017, to 7.1 million.

“While this is a significant fall, it’s not nearly to the same extent as occurred over the past 12 months when there was an extremely rare 19% drop,” says Thomas.

“The primary reason for the lower slaughter is the expectation that many producers will be retaining as many cattle as possible to replenish depleted herds; even though the herd is larger than last year, it is still historically low.”

Despite forecasts of slightly heavier cattle, Australian beef production is also forecast to fall, down 3% to 2.1 million tonnes carcase weight.

“Again, it’s the first half of the year that is likely to see supplies at their tightest, and production will probably start slowly rebuilding from there.”

Producers in southern Australia – New South Wales and Victoria in particular – are expected to rebuild their herds at a faster rate than their northern counterparts.

Thomas says the number of cattle on feed is forecast to remain constrained by the still high feeder cattle prices.

“While entry cattle prices remain dear, solace comes from cheaper Australian feed grain prices and, under this scenario, forecasts are for cattle to stay on feed for 10-30% longer than what otherwise would have been the case,” Thomas says.

Australian beef and veal exports are likely to correlate with the lower beef production and are estimated to ease a further 5% this year to 970,000 tonnes shipped weight (swt), meaning 69% of Australian production will be destined for international markets.

Thomas said live exports would also continue to be challenged by the smaller pool of cattle, especially in the north, along with resistance from some markets at current price levels and continued uncertainty over import policies.