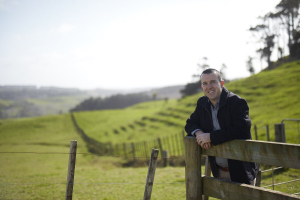 However, economic growth in NZ’s major export market, China, is slowing, and Penny expects this slowing to lead to more modest demand for NZ’s commodities.

“Recall that China accounts for around a fifth of NZ’s overall goods exports and larger amounts for the log, dairy and sheepmeat sectors,” he says.

Penny notes that in particular, spring 2018 weather was surprisingly good and the weather has continued in this vein so far this summer. As a result, agricultural production is likely to remain firm over coming months.

Meanwhile, the global economy is also slowing, hinting at a broader slowing in demand for NZ export commodities. In the US, the trade tensions with China combined with rising interest rates are causing financial market volatility. While over the Atlantic, ongoing Brexit concerns are weighing on the UK and European economies.

Despite these headwinds, there are positive offsets in play, says Penny.

“First up, the NZ dollar is at a supportive level and likely to mostly stay that way over 2019. As a result, commodity prices in NZD terms, if not USD terms, are still likely to remain above long-term averages.

“Also, while overall Chinese economic growth is slowing, we expect the household sector to hold up better than the industrial and export sectors.”