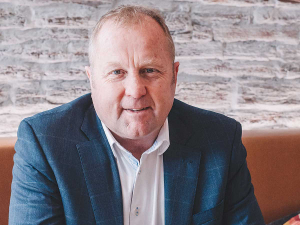 Mike Petersen says is role is to ensure there is alignment between the primary sector and government agencies and develop a partnerships approach.

The group, which was set up about nine months ago, has been tasked with finding practical solutions to matters that arose from the Primary Sector Council's 'Fit for a Better World' strategy, which had its genesis at MPI (Ministry for Primary Industries).

The industry is represented by the chairs of HortNZ, DairyNZ, Beef + Lamb NZ, Winegrowers, Forest Owners, SeafoodNZ, the Federation of Maori Authorities (FOMA) and a director of Whakatu Incorporation.

Petersen says his role as independent chair is to ensure there is alignment between the primary sector and government agencies and develop a partnership approach.

"There probably has been some concern in the past that sector initiatives were not being linked with government efforts," he told Rural News.

"The first piece of work that we have done is to bring the CRI's together and sit down alongside them."

Petersen says the goal is to make sure that R&D and science efforts matched the strategies for the meat, dairy, wine and horticulture to name a few.

"We wanted to make sure that they were not doing science that was unrelated to the efforts of the particular sectors."

He says a key science issue that was discussed was the need to get greater traction is in relation to decarbonisating agriculture and how NZ gets to a lower carbon economy. Petersen says the day spent with the CRI's was really good and while he acknowledges the problems are not fixed, he believes there is certainly the intent to do that.

Mike Petersen says Covid-19 has highlighted the fact that every group in the primary sector has relied on being able to bring in people from overseas for seasonal work. He says this wasn't possible this year and there is no guarantee that it will be possible in the future. Petersen says no one wants a repeat of what has happened this year and plans need to be put in place to prevent this happening.

He says having enough seasonal workers is always going to be a challenge, as is the transition to getting more Kiwis to take up such employment opportunities.

"None of us have all the answers - neither the sector nor the Government - and that's why the FFPG is doing a deep dive on labour issues to find a solution," Petersen told Rural News. "What we can do as a group is coordinate this right across all the sectors because we have the benefit of having the people with the knowledge to do this."

He believes the immigration settings that are in place now are not going to change, so it's a matter of finding solutions for the future based on these. Petersen says this all points to the need to transition into greater use of automation and robotics.

There has been much debate and criticism around the primary sector about the Government's policies on who is allowed to enter NZ in the Covid environment. Many people have questioned, for example, why the Wiggles or rich yachties should be allowed into the country at the expense of workers to pick apples.

However, Petersen says the FFPG will not head down that track of commenting on this subject, stating this is a policy matter and they are just a 'working group'. However, he notes that even within the group, there will likely be different views on this subject.

For his part, Petersen reckons having a high-level group of people sitting around the table is beneficial to the primary sector. He believes in the past there was fragmentation in the sector and between government, which he says creates differences.