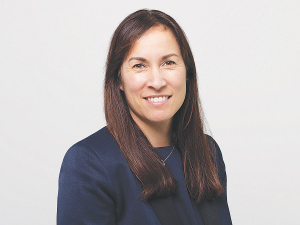 HortNZ chief executive Nadine Tunley says issues such as logistics and a shortage of labour continue to put pressure on growers.

Tunley told Hort News that the horticulture sector is doing well considering Covid and the challenging times that lie ahead. She says the sector has a really great heart and is very focused on meeting the increasing demand both in NZ and overseas for fresh fruit and vegetables.

However, Tunley notes that other issues such as logistics and a shortage of labour continues to put pressure on growers. She says government approval to allow quarantine free travel (QFT), for the next few months, for workers from the Pacific Islands is good news.

However, Tunley warns there are other challenges - such as the availability of aircraft to fly them to NZ and then getting their visas processed in time.

"That is probably going to be the sticking point and the numbers we need to get into the country is probably greater than the number of visas able to be processed," she told Hort News. "That is an ongoing frustration and one we will continue to work through with the Government."

Tunley says product groups representing apples and pears, summerfruit, kiwifruit, wine and HortNZ are working closely on how they can better utilise Kiwis in the hort sector. She says there are ongoing initiatives to attract students, people in between jobs, as well as people just looking for a change.

"There is a lot going on and staff are working very hard on these initiatives," Tunley explains.

She sasy fruit picking regions such as Central Otago find it hard to attract people. Tunley adds that it's a combination of factors, one of which is they are isolated, not near a pool of labour and have near zero unemployment.

"Overlay that with the fact that that most of our unemployed are mostly at the other end of the country. We are working very hard and getting support from government agencies such as MSD to somehow incentivise a change of behaviour," she adds. "It's very difficult. Once upon a time, people used to go anywhere for employment but those situations have changed and people don't do that anymore."

Tunley says the younger generation is very much focued on technology.

She says young people tend to only look at the physical elements of horticulture and see it as menial work. However, she points out that the industry is a highly skilled and sophisticated one based on science and technology.

"We need to tell them the ways we gather consumer insights and market our products to the world," Tunley told Hort News. "We are a brilliant industry and need to focus some energy in that makes us really attractive so we can recruit and retain the talent we need."

Automation Not That Simple

One of the answers glibly touted as a solution to the labour problems in the hort sector is automation.

Tunley debunks this assertion, saying it's not just a matter of immediately rolling in the robots. She says automation and technology is only available in some parts of the hort businesses.

She points to the work currently being done to develop an automated asparagus harvester but says it will be many years before that is commercialised.

"But if you go to our plantation crops - such as trees and kiwifruit and apples - the technology in the orchard currently does not exist at commercial scale," Tunley told Hort News. "I assure you that if that opportunity was available to the large operators they would definitely be investing in it."

However, she says on the flipside automation and technology is widely used and highly developed in packhouses around the country. Tunley says companies have all invested in it and are now refining and upgrading their systems.

"Look at the kiwifruit industry, they have got massive amounts of investment in that space and they have been doing that for quite a long time. A number of apple businesses are also doing it."

Tunley says for vegetable growers, who produce multiple varieties of products, some of which are quite delicate, the opportunities for automation are not so great.

"Trying to get our message across in terms of automation and technology is sometimes frustrating," she says. "We are doing what we can, when we can and it's not as simple as everyone seems to think."

Tunley says one of the problems that NZ has been facing over the decades is a much more sedentary workforce - less interested in physical work. She says much of the work in harvesting horticultural crops is physically demanding.

"Many years ago, this was much more acceptable to New Zealanders," she explains. "Automation would be a great solution if it existed."

Another significant priority for Nadine Tunley is the environmental challenges that the hort and other primary industries are facing.

She says everyone wants a greener world, but the sector needs the time and ability to work through what the Government means and how their new regulations can be implemented.

"From our perspective it's about giving our growers the time to implement that effectively."

Tunley says growers need to have a clear understanding of what the rules are about and be given the opportunity to buy into them. Rather than treating these as a compliance issue and another regulation being imposed on them.

She says this will take time.

Young Grower of the Year named

Melissa van den Heuvel has been named the 2021 Young Grower of the Year.