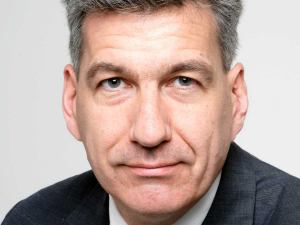 Speaking at the recent Lincoln conference of the Organic Dairy and Pastoral Group, he said farming families were the people whose drinking water most likely comes from shallow private bores – the ones most often contaminated with high nitrate levels.

Humphrey has been vocal for some years about the risk of potentially fatal blue baby syndrome, caused by ingested nitrates interfering with oxygen transport in the blood. Mothers in high-risk areas of the Canterbury Plains are regularly advised to have their water supply tested and, if they cannot breastfeed, to use only bottled water to make up formula.

However, Humphrey told the conference there was also a suspected link to colorectal cancer in adults.

A recent Danish study of 2.7 million people across the whole country looked at nitrates in the drinking water and at colorectal cancer risk. Although there were other risk factors such as eating red or smoked meats, the study was big enough to smooth out dietary and socioeconomic factors, said Humphrey.

“They were able to say that there was a statistically significant risk of colorectal cancer from nitrates in your drinking water and that that risk began at a relatively low level, lower than half our current MAV (Maximum Acceptable Value, 11.3 milligrams per litre).”

Humphrey said boiling water does not remove nitrates – rather it concentrates them. Removing them from drinking water would require expensive ion-exchange or reverse osmosis systems.

“So this this is a worrying situation, not just for the council but for everybody in the region.

“We have one of the highest rates of colorectal cancer. That’s a tragedy for us but it may also be an opportunity in terms of research. We want to know why this is happening. We have high and increasing rates of nitrates all over the country and we’ve got high and increasing rates of cancer. That doesn’t mean they’re linked but we need to investigate that.”

Nitrate contamination was also getting into lower aquifers, not just shallow rural bores.

“It threatens not just private bores, but in due course we’re likely to see increases in our communities,” said Humphrey.

Christchurch water, for example, was not high in nitrates at all but that was likely going to change.

“We used to think, well it’s just blue babies and it’s very rare so let’s look after our rural community, those who are in shallow bores, and that will be enough.”