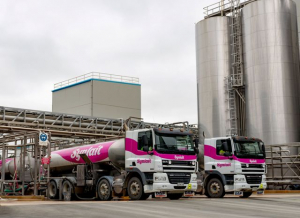 A long-running legal battle between milk processor Synlait and New Zealand Industrial Park Limited over historic land covenants on a Pokeno processing site is over.

Synlait has announced that it has reached an agreement with NZ Industrial Park and its owner Karl Ye.

Further details of the settlement agreement will not be disclosed due to confidentiality, but the Canterbury processor says the settlement price was reasonable and not material to Synlait.

“Synlait and New Zealand Industrial Park are committed to working collaboratively for the benefit and integration of the Pokeno community and are pleased to have this behind us,” says Synlait chief executive Leon Clement.

“We are also pleased to provide certainty for Synlait’s shareholders, customers, farmer suppliers and staff.”

In February last year, Synlait announced the conditional purchase of 28 hectares of land in Pokeno to establish its second nutritional powder manufacturing site.

In November, the High Court removed covenants over the land which would hinder Synlait's development of the land. Synlait then took ownership of the land.

In May 2019, the Court of Appeal overturned the High Court decision to remove historic covenants. Synlait then filed an appeal in the Supreme Court.

Synlait says the Supreme Court has been informed that a settlement has been reached.

Dairy industry darling Synlait has hit troubled waters lately and its latest captain is baling out.

OPINION: The misery of a2 milk is being passed onto its New Zealand partners, including Canterbury processor Synlait.