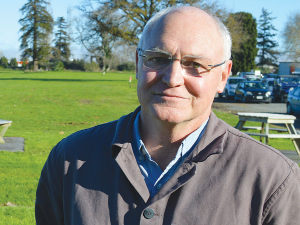 A former Fonterra director says the co-op will do well in India “provided it’s prepared to play the long game”.

Earl Rattray says Fonterra must accept that its second foray into India will be an “investment value growth business” — reinvesting its earnings to grow the business.

“And if they can roll with the short term punches they may get from time to time, then I think they will do alright there,” he told Dairy News.

Rattray, a shareholder in a dairy farm and milk marketing business near the Indian capital New Delhi, says there is a lot Fonterra NZ can do to support the dairy industry in India.

“Good trading relationships are not just about what India can do for us, but also what we can do for India,” he says.

This is the co-op’s second foray into India since its inception. In 2001, it formed a joint venture with Britannia Industries, Bangalore, but pulled out in 2009, saying it no longer fitted its strategic priorities.

This time Fonterra has teamed up with Future Group (Future Consumer Ltd) which runs 2000 retail stores in at least 400 cities and towns across India.

Sunil Sethi, chairman of Fonterra Future Dairy and managing director of Fonterra Brands Sri Lanka and the Indian Subcontinent, says Dreamery products draw on over a century of dairy expertise to delight a new type of Indian consumer who is young, urban and always on the go.

Rattray says Fonterra has the timing right. India is in massive transition, visible in rising consumer aspiration and expectations on what they buy and where they buy it.

“The traditional informal loose milk market is huge but slowing, giving ground to branded products offering more choice and convenience. This is the same pattern as everywhere else in the world.  I was impressed that Fonterra has teamed up with Future Group.”

Rattray notes that India is “pretty much a closed dairy market, at least for now”.

“It’s still [evolving]. The biggest human migration in history is playing out here now as 10-15 million people move every year from rural villages to mega cities.

“It’s hard for them to take their buffalo or cow with them when they go.  As urbanisation and incomes increase, more food items are made in factories and bought at retail rather than manufactured in home kitchens, so demand for dairy ingredients will increase.

“India is the world’s biggest dairy producer (180 billion litres) but the growth in demand for fluid milk will not leave much for local ingredient manufacture.

“There will be more imports over time for specific uses.”

Earl Rattray and his family are in a farming and direct milk marketing business with three Indian families.

They produce quality milk, pasteurise it and deliver it as fast as they can to 7000 homes in a few areas of Delhi.

“We only use 1L glass bottles, 97% recycled.  We’ve probably got the shortest supply chain in the world. The milk is processed overnight and delivered by 8am next morning.”

Rattray says the business is growing and they will soon start processing in a bigger factory.

“Quite a few other farmers are lining up to join us, and after a little training on the value of hot water and detergent they can produce good quality milk too.”