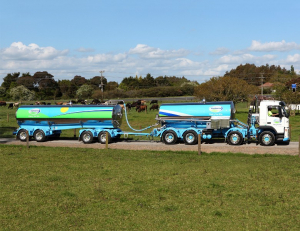 The co-op says the strong participation shows farmers appreciate having a tool that can help reduce their risk to milk price volatility.

There was strong interest shown from smaller farms; over 60% being smaller farms producing less than 200,000 kgMS per season.

Fonterra’s Group Director of Farm Source Richard Allen says it was great to see a lot of smaller farms participate, as well as farms from right across the country.

“Ultimately, it’s not about winning or losing but about having a price you can bank on,” he says.

“While most farms can operate in a volatile market, some farmers – maybe young or near retirement – can’t or aren’t willing to take on as much risk. Without a way to reduce their risk, these farmers may not enter dairy or may choose to leave the industry. If the co-op can help them reduce their exposure and stay in the cooperative, with no downside risk to other co-op members, it’s a win-win.”

Allen urged those farmers on the fence to have a closer look at Fixed Milk Price.

“There’s a perception out there that tools like these help only the large farms, but as this event showed, that’s clearly not the case.”

Fonterra says there were no major issues with using the online application process were recorded.

The co-op made 15 million kgMS available for the first monthly event so all applicants will receive the fixed price for the volume they requested.

The June event was the first opportunity to participate: Fonterra expects to hold up to 10 monthly events per year and offer up to 5% of its total New Zealand milk production.

Fonterra says the service fee paid for by participants covers the administration of the programme and the cooperative will have greater certainty on margins by locking in fixed contract prices with its customers.

“This means that even if the milk price drops, we will continue to receive the fixed price for these products, which supports the Fixed Milk Price and ensures there is no risk to the co-op,” Fonterra says.