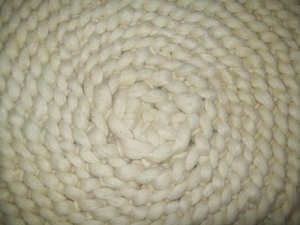 This is despite a slightly easier New Zealand dollar compared to the last sale on 15 October.

The weighted indicator for the main trading currencies came down 0.85 percent. Of the 8,290 bales on offer, 70% sold.

Ching advises that the tightening of the Chinese economy is restricting new business with exporters covering for old orders only, with quota issues restricting concluding new contracts.

Full Fleece coarser than 36 microns were nominally up to 1% easier.

Short oddments were 3 to 5% cheaper.

Next sale on 29October comprises of approximately 5,100 bales from the North Island.