Axe most of TWG’s recommendations 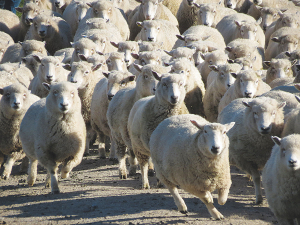 Landcare figures show a methane charge on sheep and beef farmers could cost as much as $120,000 per farm.

Federated Farmers is calling on the Government to reject most of the raft of new taxes proposed by the Tax Working Group (TWG).

There is possibly an argument for a capital gains tax (CGT) aimed at rental properties if there was sound evidence it would dampen investor speculation and reduce price pressure and first home buyers being out-bid. But even with that, we haven’t given the tougher ‘bright line’ test rules a chance to really kick in.

Labour and their coalition partners must be aghast at the chorus of anger from so many sections of New Zealand society about the TWG’s proposals.

Feds believes they should heed the comments of the group’s chairman, Sir Michael Cullen, who publicly reminded people that he had not promoted a comprehensive capital gains tax during his nine years as Minister of Finance for the Helen Clark-led Labour coalition government.

Sir Michael also said that NZ was so clever we knew a comprehensive capital gains tax was a bad idea or not clever enough to put one in place.

I go for the former conclusion – that on balance a CGT is a bad idea. It’s clear that such a tax would do little extra, above what the Government is already doing, for housing affordability. But it would just add an additional layer of costs for businesses and, given it won’t even apply to the vast bulk of houses, how will it solve housing affordability?

Fairness has been mentioned a lot in this discussion: why should the capital gain on a $2 million small farm in Eketahuna be taxed, but a similar valued house in Ponsonby not. Either everyone is in or no-one is.

The National Party has been quick out of the blocks to start putting numbers on the financial implications of the TWG’s proposal.

If anything, its estimates on the fallout may be a bit light. For instance, it took a mid-point view on a number of figures.

In our view, the environmental taxes that have been mooted will be even worse than a CGT.

A tax on nitrogen loses will require the use of the Overseer modelling programme, but it has a 20% margin of error. How many people would like IRD to apply a 20% margin of error to their taxes? Overseer is a fantastic tool for what it was developed for, but it wasn’t designed as a tax calculator.

Also, nitrogen is not the issue in every catchment. Taxing every farmer and grower on nitrogen losses or imposing a tax on nitrogen fertiliser just takes away from primary producers the money they could spend on the mitigations needed for their specific catchment.

• Andrew Hoggard is vice-president of Federated Farmers of New Zealand