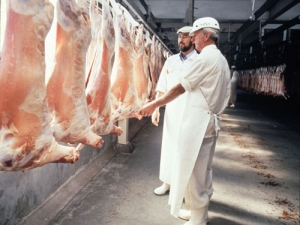 However, chairman Rob Hewett says progress still needs to be made.

For the financial year ended September 2015, the company achieved earnings before interest, tax, depreciation and amortisation (EBITDA) of $86.9m. This represented a 28% improvement on the $68.1m achieved in 2014.

"However, while a significant improvement on 2014, we still have progress to achieve a return that reflects the amount of capital we have invested in the business over the course of a season," says Hewett.
Hewett says a key aim for 2015 was to put the company on a sustainable financial footing.

"To achieve that we needed to both reduce debt under our own steam, and to introduce new equity. It is pleasing to report that we reduced our net debt from $289m at the end of the 2014 financial year to $121m at the end of 2015, a reduction of $168m through our own initiatives."

These efforts included: being profitable, reducing inventory, selling non-core assets, and winding down the investment in the company's dairy bull beef scheme.

"Further, on 16th of October, shareholders voted overwhelmingly in support of the investment by Shanghai Maling of $261m into Silver Fern Farms. The combination of our improvement and the new investment will put Silver Fern Farms into not only a position of financial stability but one of strength."

"Beef and venison both had good results, and our big focus on turning around the performance of our sheepmeat business is starting to achieve results – with a meaningful profit, the first one in four years. More importantly, we see significant scope for continued improvement across all three species."