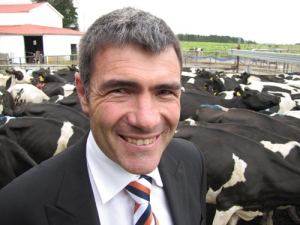 "This investment will support changes in the new Animal Welfare Amendment Act, which passed into law this month. These changes have made animal welfare obligations clearer, more transparent and easier to enforce.

"They will also ensure New Zealand is well placed to maintain its strong reputation and world class animal welfare system into the future," Guy says.

The new funding will go towards:

Biosecurity funding will also be boosted by $24.9 million over four years, in addition to $2 million of capital funding, to increase our border capabilities.

Minister Guy says the new funding will be used for a range of new biosecurity initiatives, including:

• Improving New Zealand's import health standards to ensure they continue to keep pace with changing science and focus on our highest priority risks.
• Greater auditing of other countries' systems to ensure they are compliant with New Zealand's unique biosecurity requirements.
• Expanding our biosecurity detector dog capacity to manage risk at the border.
• Introducing more x-ray machines to allow for faster screening of increasing passenger volumes.

"This funding will supplement the recently-launched Biosecurity 2025 project, which will provide a clear direction for the biosecurity system and identify any changes or improvements needed over the next 10 years," Guy says.

A few crumbs for rural in the budget

There are a number of small pockets of money allocated to specific rural initiatives in the budget announced by Finance Minister Grant Robertson on Thursday.