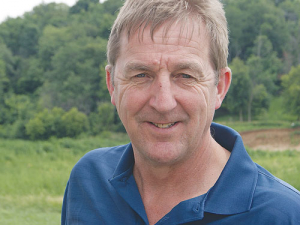 The Ministry for Primary Industries is still assessing the likely means of entry of the cattle disease Mycoplasma bovis, following its discovery on two dairy farms in the Morven area near Oamaru.

Mycoplasma bovis had never been recorded in New Zealand before its discovery in mid-July on one, and then a second, of the 16 dairy farms operated in the area by the Van Leeuwen family.

The disease causes pneumonia, mastitis, abortion, arthritis, tendinitis, middle-ear infection and endometriosis. Management is only by culling. However it has no effect on other animals nor implications for human health.

One of NZ’s major semen importers, World Wide Sires, welcomed comments from MPI which it believed ruled out imported semen as the source of the outbreak, but MPI says that is not necessarily the case.

“The ministry’s view at this time, following a preliminary review of the scientific information, is that imported semen is regarded as a possible means of introduction, but is considered low risk due to the hygiene practices in collection and distribution. A formal reassessment of the risk posed by imported semen is ongoing,” said a spokesperson.

The Van Leeuwen farms’ vet, Merlyn Hay, of Vetlife Oamaru, said it would be very difficult to identify the source, and difficult to eradicate Mycoplasma bovis now it is confirmed in NZ.

But she agreed imported semen is now looking unlikely as the source.

“We certainly looked very hard at the semen and there were 12 bulls associated but there was no fixed pattern. It was always a real long shot, so I would expect that’s true.”

Hay said that as a contact-spread disease, live animal import is a more likely pathway.

She said the Van Leeuwen farms are “in a holding pattern” waiting for MPI’s test results to come through. Affected animals were being culled, but the disease is very slow-moving and healthy stock did not need culling.

Former Federated Farmers president Dr William Rolleston remains unconvinced that imported semen is in the clear. He said no-one was accusing the importers of negligence but the issue is that the import standards do not actually require semen to be tested for Mycoplasma bovis.

Rolleston had attended a meeting of local farmers where he had had to oppose calls to destroy all Van Leeuwen’s cattle.

“That would just send a message to all farmers not to test your animals for Mycoplasma bovis otherwise you might find your herd gets destroyed. So you’d never get to the bottom of where this disease is.”

“If it’s been here for 20 years and there hasn’t been enough of an issue to have noticed it, then that just indicates our farming practices are not conducive to this disease causing a real problem,” he said. “This does seem to be a reasonably hard disease to spread. It’s not airborne-spread so it should be containable with the sort of measures MPI is putting in place.”

World Wide Sires had said it was delighted at “MPI’s validation that imported semen was not the cause of the mycoplasma outbreak.” It had quoted an email to semen importers from Angela Snell, senior advisor for MPI’s animal imports team, which noted that all suppliers operate strict regimes to control contamination, including various combinations of antibiotics.

“Antibiotic resistance must be considered; however, New Zealand has been importing semen for many decades without incident and at this time there is no evidence that resistance has developed or that standard hygiene practices have been breached,” Snell said in the email.

World Wide Sires NZ general manager Hank Lina said they and other importers of bovine semen had been working with MPI to isolate and identify the source of the outbreak.

“We sell more than 19 million straws of semen to 80 countries around the world and, over several decades, have developed semen production and processing procedures which are amongst the most rigorous in the world.

“They need to be because farmer confidence is at stake and we would never jeopardise that trust; they have to know our product is safe.

“MPI’s validation that imported semen was not the cause of the mycoplasma outbreak is bitter-sweet; we’re naturally delighted to have this confirmation of our standards and systems but our hearts go out to the Van Leeuwen family who are living through a farmer’s worst nightmare.”

“No evidence of Mycroplasma bovis was found in any of Select Sires’ 1700 bull team either during the research programme or since,” Lina said.

Lina commended MPI on the depth of their investigation to identify and isolate the outbreak.