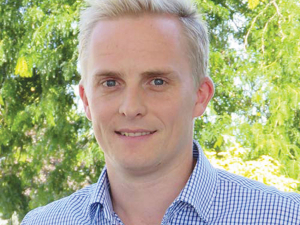 Fonterra says there has been really positive feedback to the inaugural June round of a new Fixed Milk Price scheme designed to give farmers more certainty around their income.

“While most farms can operate in a volatile market, some farmers – maybe young or near retirement – can’t or aren’t willing to take on as much risk,” said Fonterra’s Group Director of Farm Source Richard Allen.

“Without a way to reduce their risk, these farmers may not enter dairy or may choose to leave the industry. If the co-op can help them reduce their exposure and stay in the cooperative, with no downside risk to other co-op members, it’s a win-win.”

Allen urged those farmers on the fence to have a closer look at Fixed Milk Price.

Says strong participation showed farmers appreciate having a tool that can help reduce their risk to milk price volatility.

There was strong interest shown from smaller farms; over 60% being smaller farms producing less than 200,000kgMS per season.

“There’s a perception out there that tools like these help only the large farms, but as this event showed, that’s clearly not the case.”

Fonterra expects to hold up to 10 Fixed Milk Price events per year and offer up to 5% of its total New Zealand milk production.

Fonterra says the service fee paid for by participants covers the administration of the programme and the cooperative will have greater certainty on margins by locking in fixed contract prices with its customers.

“This means that even if the milk price drops, we will continue to receive the fixed price for these products, which supports the Fixed Milk Price and ensures there is no risk to the co-op,” Fonterra says.

Allen said the Guaranteed Milk Price scheme of a few years ago was withdrawn because it was not market-led, only offered twice a year, and hard for farmers to know if they should take it up.

The new scheme was much more dynamic, agile and directly in response to farmer feedback.

The scheme revolves around the first GDT event of the month, so the next offering would follow the July 3 auction.

Fonterra will take a simple average of the NZX milk futures settlement price across July 3, 4 and 5, then on Saturday July 6 announce the price and how much volume will be available. Applications will then be open from 8am Monday July 8 to 7pm Tuesday.

That would give farmers time to digest the numbers and figure out if it is right for their business, said Allen.

“In June we released 15 million kilos up for offer and had applications for just over 11 million.”

“For a first event we were really pleased with that uptake. I think that as the awareness of that product grows and people become more comfortable we will probably see participation grow with it.”

“This is just another way in which the co-op’s realising it’s getting harder out there to farm,

and it’s using its power and scale and its access to markets to do what it can to make farming a little bit easier for our farmers,” Allen said.

Hedge a position or take the risk

Southland farmer Paul Marshall is one who took up the June offer.

Marshall, who farms about 1350 cows on the family’s 600ha near Tuatapere, told Dairy News he was “not an expert nor an advocate” for any particular fixed milk price programme but had used the original GMP scheme, as well as the NZX futures market and a Rabobank milk swap scheme.

The alternative to using a fixed price scheme was akin to “standing naked in the market,” he said.

“You either choose to hedge a position or you take the risk that the market will move against you.”

However, risk mitigation was never free. The Fonterra scheme had a built-in cost of 10c/kgMS, and Rabobank about 8c/kg, but both had the value of simplicity.

NZX futures had a lot of flexibility and a lot of different products and worked out about 3-4c/kg but was complicated and needed “a degree of financial competence” to operate, said Marshall.