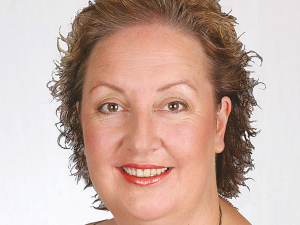 Ashburton District mayor Donna Favel says a new group is being formed to help bring together the council and local agricultural and health authorities in response to MPI’s ‘surge’ in the Mycoplasma bovis eradication programme.

The group includes representatives from MPI, Dairy NZ, Beef + Lamb NZ, Mid Canterbury Rural Support Trust, Vet Ent and the Canterbury District Health Board. It aims to support affected farmers in the district by opening up lines of communication between them.

Favel said MPI’s news of the surge just before Easter gave rise to “concern and speculation” over the Easter break, and surprise that it had not spoken up about it during its recent roadshows.

The group plans to help in discussions between MPI and relevant organisations “to ensure information is consistently shared in a timely and targeted manner with the district’s farming community”.

“M. bovis has inflicted a great deal of stress and uncertainty on our people, and we each recognised that something more needed to be done to help support our farmers during this time of need.”

The district is the worst affected in the country, Favel said. The various parties are seeking to better understand the district’s preparedness and understand what the implications are to farmers, service providers, stock and the community.

However, Federated Farmers Mid-Canterbury dairy chair Chris Ford has declined to join the group because he will not sign a confidentiality agreement required by MPI.

“I can’t advocate for my farmers if I’m under confidentiality and privacy.”

“People are truly unaware outside our region what is actually happening in Ashburton and Mid-Canterbury.”

Ford called it “embarrassing” for MPI that the surge was announced with no warning when stock was already starting to move for winter.

District councillor Peter Reveley, the chairman of the Mid-Canterbury Rural Support Trust, is himself a dairy grazer who has been affected by the disease.  He hoped the group would help ease other affected farmers through the eradication process.

“All those people who’ve gone before had a reasonably tough time of it. Hopefully we can tell the people there is now a passage.”

Reveley said about 1100 farmers nationally are expected to be canvassed in the surge. About a third of them will get a notice of direction and qualify for support from MPI. The rest will be told they’re on active surveillance, but are then on their own with no automatic financial or welfare support. Many of those 600 to 800 farmers are in the Ashburton District and are among those the new group hopes to help.

Meanwhile, the surge is starting to show in the official count of affected farms.

According to MPI’s latest update, the number of properties under ‘active surveillance’ has jumped from 254 to 299 since the surge was announced on April 18.

The number under a notice of direction also rose, from 103 to 113. However, the number of confirmed properties rose by only one over the period, from 166 to 167.

The coronavirus has only had a moderate impact on dairy prices so far, according to Westpac head of strategy Imre…