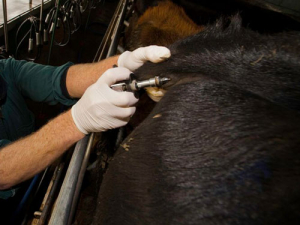 Cattle being tested for TB.

The science underpinning New Zealand’s TBfree programme has earned an award for its researchers.

The TBfree team at Landcare Research/Manaaki Whenua was recognised for having refined aerial 1080.

Most of the research recognised was funded and directed by OSPRI and its predecessor the Animal Health Board.

These projects have helped OSPRI shift from a focus on achieving TB-freedom status to a focus on full TB eradication, and helped develop the competitive contracting industry and performance contracts.

In 2013, the Landcare Research team leaders were awarded the Shorland Medal by the New Zealand Association of Scientists for applied science excellence, which recognises the contribution the group has made to the cost-effectiveness and success of mammal pest destruction, especially possums, in the past 20 years.